New and improved Water Street Bridge is ready for action 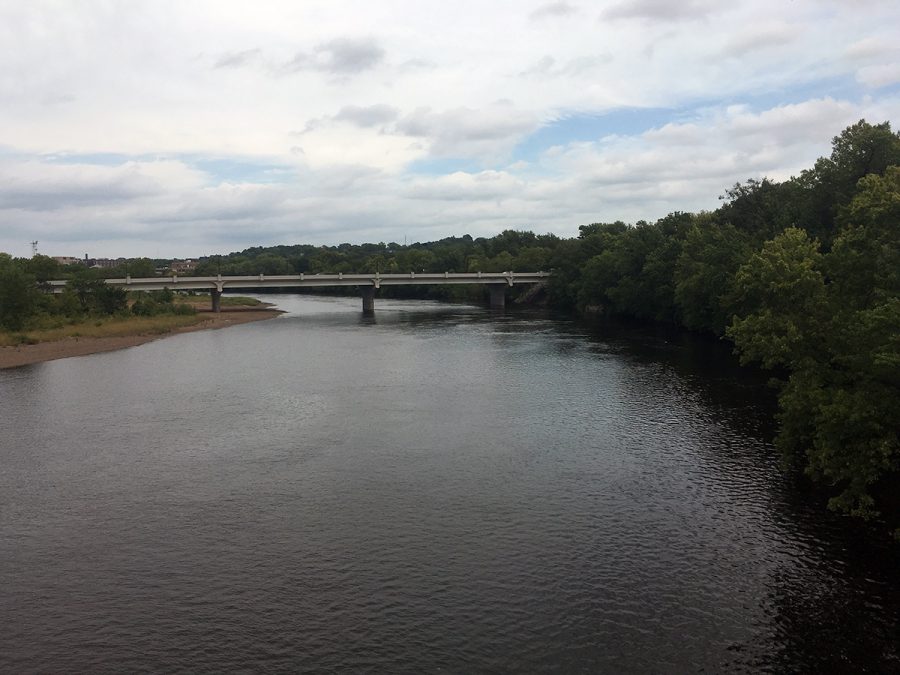 OVER THE RIVER: The Water Street Bridge is open for cars, bikes and pedestrians to use. The year-long construction project ended on schedule adding improvements for all users.

Project Manager Tara Weiss said the construction was executed fairly smoothly and efficiently. Despite a “couple hiccups” that interfered with the work, such as the Chippewa River flooding, the bridge was still able to open on schedule, she said.

The only work left is staining, which was an addition to the original contract and extends slightly beyond the planned end date, Weiss said.

The new bridge is “enhanced in every way” and accommodates all users, Weiss said. Some of the new features include taller railings, improved sidewalks for pedestrians, bike lanes, decorative lighting and scenic overlooks, according to the 511 Wisconsin Construction Projects website.

The bridge is a more direct route across the Chippewa River from Water Street to Summit Avenue for cars, bikers and pedestrians alike.

Students who lived on the other side of the bridge had to take a more roundabout route to campus while the bridge was closed.

“It is super nice that it’s back open because the campus feels as one now,” senior student Olivia Gallagher said.

Eau Claire can add yet another bridge to its repertoire; new, improved and ready for all to use.