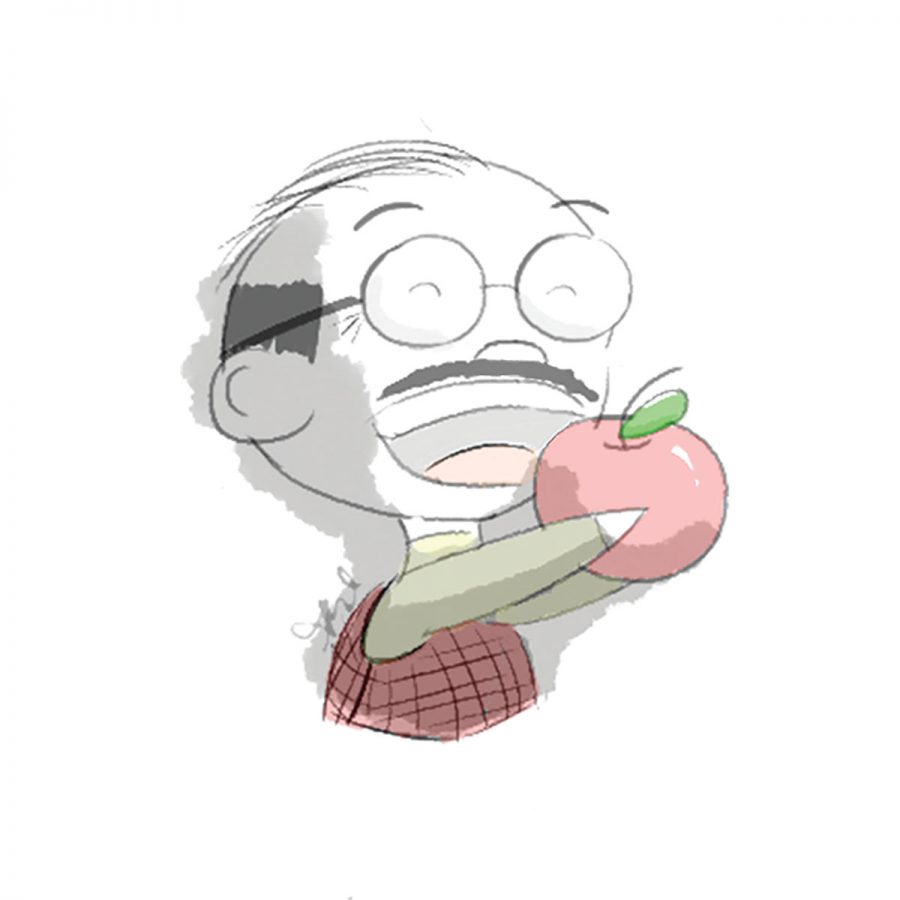 Some UW-Eau Claire professors have been teaching on campus longer than students have been alive.

Whether it’s the students, exposure to new ideas or the satisfaction of teaching, some professors have been sticking around UW-Eau Claire for over 30 years. We asked two of the longest tenured professors of the university to share and reflect on their experiences here on campus.

Professor of English Marty Wood, who teaches British Literature, Shakespeare and writing courses, has been a part of the university for 30 years. He started in 1986 and served as chair from 1998-2007, he said.

Wood said teaching is rewarding because of the satisfaction he feels from seeing the successful futures of his students.
“Teaching is rewarding all by itself,” he said. “A few of my students through the years have become professors elsewhere or leaders elsewhere. Some have been extremely successful and if you’re a teacher of a person like that you like to think you helped and you can look at them with pride and satisfaction.”

He said his greatest moments on campus were in the classrooms, almost invariably. And it’s always a new experience for him teaching new students every year.

“Just interacting with students it’s always surprising, energizing and exciting,” he said. “Almost every semester, no matter how many times I have taught a book, play or poem, someone in the class is going to give me an idea that I’ve never had before. Someone is going to suggest something I’ve never thought of.”

The education system in the U.S. has astounded Woods with its ability to continually educate more of the population, he said.
“It’s really wonderful that we teach such a broad array of students from all kinds of backgrounds now, and we didn’t so much when I started 30 years ago,” Woods said. “All different economic, family and ethnic backgrounds.”

He said he has always liked the “unspoken agreement” between the faculty and students, which is the faculty’s willingness to go above and beyond to challenge their students and provide them the best education possible in return for students’ willingness to do the same for their education.

Another one of Eau Claire’s longest tenured faculty members is professor of cultural geography, Ingolf Vogeler, who has been a part of the university for 38 years since 1977.

Rather than working at graduate programs like those at the University of Minnesota or UW-Madison, he said he enjoys being a part of a smaller institution like Eau Claire with truer academic freedom and flexibility to explore his studies. As opposed to the limiting nature of larger universities focused on research, grants and prestigiou publications.

“Schools like Eau Claire are places you can have academic freedom, where you can explore the things you are interested in from a service, committee, research and publication point of view,” Vogeler said. “Eau Claire has always been good at being appreciative of what the faculty does.”

Vogeler also said the academic freedom of Eau Claire allows him to give students new perspectives on how they view the world. As far as research goes, he said he is a collective researcher, a “lumper,” as he calls himself, someone who puts things together in unusual ways.

“Teaching is about lumping things together in ways to get students to think about the world in new and unusual ways and not just skill-based towards being a doctor, chemist, or accountant, but to think broadly,” he said.

The geography and anthropology department offers strong disciplines and he likes being involved in a group that shares the same perspective, Vogeler said.

“As an academic, you have lots of creativity,” he said. “You can have as much fun as you like and you can explore ideas in ways you want. We encourage people to be innovated and different, and that’s not usually what most jobs are about. Most jobs are about doing something and doing it well and doing it over and over again. The lack of routine is quite nice and one of the reasons I am still teaching.”