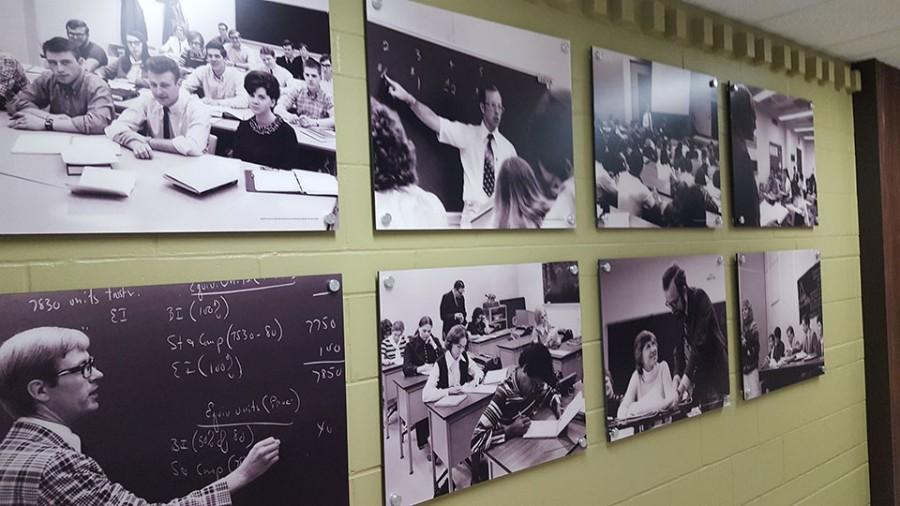 The College of Business has been around since 1966. However, the department has never been forced to make budget cuts of this scale before 2015.

When Laine Luiser, a junior marketing student graduates with her degree from the College of Business in a few short years, she said she hopes her degree will stand out to employers because of thelevel of education she received as a whole from UW-Eau Claire.

However, when it comes to future students who will enter the College of Business starting next semester, she said she is worried because of the lack of admission requirements now needed to get into the college.

On March 28 three policies were voted on and approved in a College of Business meeting to better help students graduate in four years, Diane Hoadley dean of the college, said.

— Changing the minimum credit requirement outside of the College of Business to 48 instead of 60.

— Eliminating College of Business admission requirements, meaning any student accepted into the university may pursue a business degree.

Along with these changes, Hoadley said the on-campus MBA program will also be suspended for the time being, but the school will continue to offer the online program.

“Essentially the changes that we are making were prompted by two things,” she said. “One is a real lack of faculty because we have taken severe cuts and couldn’t function like we had previously, and secondly to be able to better help our students graduate in four years.”

Hoadley said 93 percent of students who applied to the College of Business were granted admission, so in making the change the college was able to remove an unneeded hurdle.

Only a small number of students, she said, had problems getting into the college because of issues like a low GPA or not fulfilling the needed course requirements.

“We decided to eliminate the whole bureaucratic process that essentially was rubber stamping most of the applications,” she said. “We had to do this because we lost the people in the positions who used to do that work due to budget cuts.”

Current business students will no longer need to hold a 2.6 cumulative GPA to stay in the program or go through the application process before being allowed in. However, they are still required to take economics 103 and 104, accounting 201 and information systems 240 to move on to the core business courses.

Luiser said she is disappointed with the decision to cut the GPA requirements and the admission process in the college because of how it will change the reputation the program once had.

“The requirements to get into the College of Business were already some of the lowest in the university compared to the nursing or (kinesiology) programs,” she said. “These changes are just going to make the reputation even worse, and slowly make the (quality) level of the college go down as a whole.”

Junior marketing student, Molly Wichelt, said she thinks the College of Business should stay like it is and swap out courses or make minor changes rather than changing the admission process.

She said she believes the college has continually been recognized as a strong program because of the hard working students involved and hopes that doesn’t change in the future.

“The Eau Claire College of Business is great as it is because it is filled with hard working, determined and passionate students,” she said. “And I think we could lose that mentality if the standards keep being lowered.”

Despite a lot of deliberation and questions throughout the process, Hoadley said she thinks the changes are the right ones for the College of Business and will help advance the program as time moves on.

However, Hoadley said she would be concerned if the department were to take on any more budget cuts because she doesn’t know where the university could afford to downsize without crippling the program.

“These changes have been tough to make,” Hoadley said, “but I do think they were the right ones and will allow us to continue moving in the right direction down the road.”