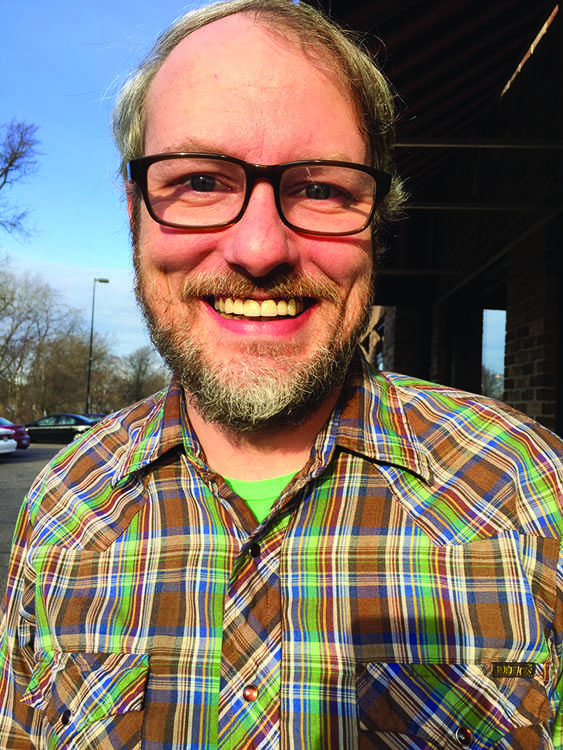 When a name keeps coming up, usually that’s the sure sign of a well-qualified candidate.

Kimera Way, UW-Eau Claire Foundation president, said this is how she and fellow board members came across Scott Morfitt, who will fill the new Blugold Radio’s station manager position starting April 18.

“His name just kept coming up as we were starting to talk to people about possible candidates,” Way said.

The newly formed Blugold Radio, a gift from Mid-West Family Broadcasting and the UW-Eau Claire foundation valued at $1 million, will be a separate entity from the university, owned by Blugold Radio LLC. The station will not be funded by the university.

Upon reviewing Morfitt’s extensive resume, Way said she and other board members determined he was an “extremely attractive” candidate for the position.

“I think his extensive background to radio and his strong connection to the various music populations we want to reach made him extremely attractive,” Way said. “He has a lot of background working with Wisconsin Public Radio and student radio here, along with his work within the arts community and the independent rock music scene.”

Morfitt, who studied broadcast journalism and English literature at UW-Eau Claire, is no stranger to the arts or the community.

As “a proud member of the student radio initiative” for two years, Morfitt served as station manager for Blugold Radio and initiated a 300 percent growth in student involvement during his time at the university.

In 2007, Morfitt crafted and produced a three-hour program called “Local Independence” for WUEC 89.7, which focused on independent music and art in Wisconsin and Minnesota. He also contributed to developing and producing WHYS 96.3’s “WHYS Local Show” in 2014.

In addition to radio, Morfitt has worked as a club DJ since 1999 and currently serves as the marketing director at the Eau Claire Regional Arts Center, which will be an invaluable experience in his next position, he said.

Morfitt’s role will be to build as many student experiences as he can by creating a plethora of internships, service learning and freelance opportunities for students. His duties also include running a sustainable station, generating revenue and creating the programming.

To Morfitt, what makes this opportunity so “exciting” for him is his passion for radio, he said.

“If there’s one media I know anything about, it’s radio,” Morfitt said. “I love that and I love media, but radio is the one I feel and if I can help students and the community feel through it, it just feels fantastic.”

The station, intended to showcase the independent indie-rock music of Wisconsin and Minnesota, will not just aim for high ratings and satisfying thousands of people, but will also be individualized, Morfitt said.

“I am acutely aware of the people sitting in the driver’s seat driving from Eau Claire to Superior listening to radio, or the person making dinner listening to radio,” Morfitt said. “I think radio is the most intimate media we have because of the nature of it. There’s no pictures, you’re believing in that voice and working with that voice that’s speaking to you.”

Morfitt said he’s excited to foster connections between the station, students and the university as a whole, including between different departments. He said he believes collaboration is “the name of the game,” both in his own position and for the overall station as a whole.

“There are so many possibilities in taking an expansive look at the university,” Morfitt said.

“There are so many departments and there’s so many cool key players at stake and that’s my charge: to build as many opportunities for collaboration as possible and make this super inclusive.”

Morfitt said he hopes students from diverse fields of study become involved, seeing opportunities for those who may not have any background in radio in a wide range of radio station management.

Beyond the university, Morfitt said he also hopes to engage the Chippewa Valley community.

“It’s something that’s very important that we do right from day one. I see it as an incredible resource to the community,” Morfitt said. “If we can provide that interconnectivity, I think this has limitless potential.”