Board of Regents approve tenure changes 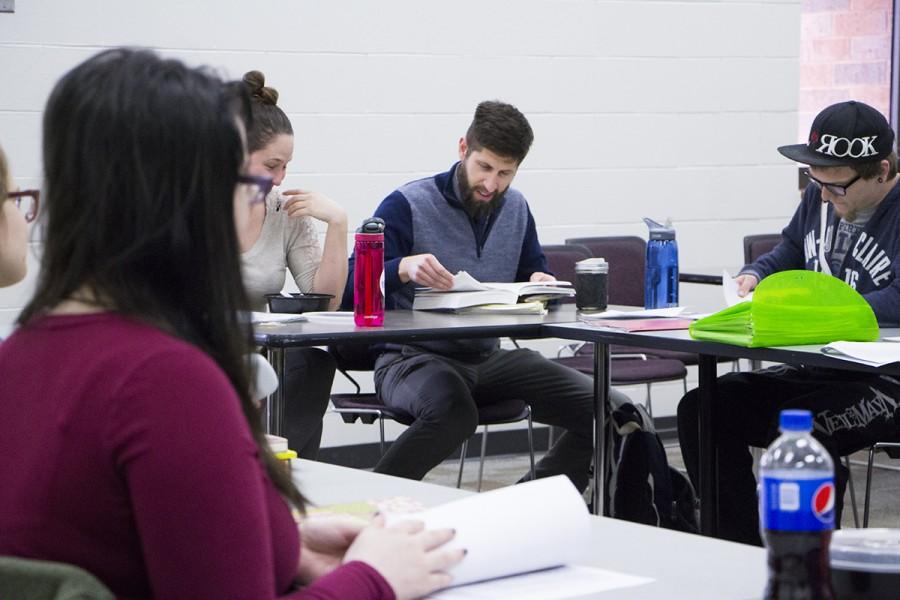 eachers fight back against the UW System for their right to tenure policies.

The UW-System’s Board of Regents approved changes to tenure policies on March 10 after legislative changes made in July removed tenure from state protection.

Before the board voted on the changes, Geoffrey Peterson, chair of the political science department, gave a testimony as the faculty representative to the UW-System.

“I’m not at all surprised by what happened,” Peterson said. “I don’t think anyone expected they were going to make major revisions to the existing policy, but we wanted to make a public statement about where the faculty stood.”

The language of the policy doesn’t clearly prioritize educational considerations over economics, Peterson said. On behalf of the faculty representatives, he wanted to make it clear that decisions about faculty should prioritize academics.

Each campus has to create their own version of the policy, Peterson said. As chair of the Faculty Personnel Committee, he will direct the revisions needed before the end of calendar year. University Senate, the Chancellor and the Board of Regents have to approve the changes.

UW-Eau Claire will see most of the changes in the post-tenure review, Peterson said. Eau

Claire’s post-review process has been more guiding, to show professors where they are and where they need to be, he said. Departments and programs will still define the performance they expect from tenured professors.

“It is the first time they’ve expressly put in language that says if you don’t meet expectations, we can fire you,” Peterson said.

In terms of releasing professors from discontinued departments, that was already possible if the university first made efforts to place tenure professors somewhere else on campus, Peterson said.

“The big change is under what circumstances can chancellors put that into process,” Peterson said.

For anthropology professor Dan Strouthes, post-tenure review process means leaving researching professors vulnerable to politics, which is what tenure is supposed to protect professors from, he said.

Wisconsin used to have one of the strongest tenure programs in the country under state statute, Strouthes said, which is one of the reasons why he decided to start teaching at Eau Claire 20 years ago.

It all comes down to the students, he said. The faculty wants to give students their best understanding of the world, which often isn’t widely known or accepted.

“This is supposed to be a university,” Strouthes said, “which means you have the whole universe and the campus, not just certain training programs for jobs.”

Junior international business and German student Eddie Dettloff said he’s never believed in tenure because it can prevent younger people from getting the jobs they need when older and underperforming professors are protected under tenure.

“If you’re not doing your job correctly, tenure shouldn’t be able to save you,” Dettloff said.

First-year student Ben Reisinger said he thinks the governor has too much control over the Board of Regents.

“It doesn’t provide the flexibility needed to run a campus as effective as possible,” Reisinger said. “It prioritizes budget needs over student needs.”