Science and spirituality: are they compatible?

A panel of scientists discussed reconciling their personal faith with their scientific views on Tuesday night. 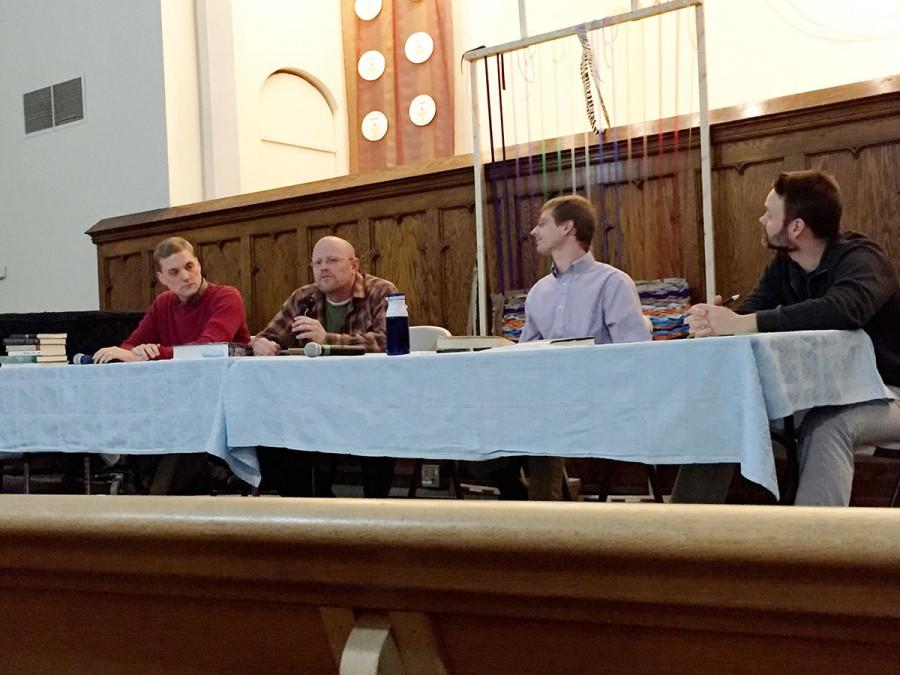 The Unitarian Universalist Congregation hosted a panel of scientists Tuesday night to discuss science, spirituality and how the two can be reconciled.

The website states: “Our beliefs are diverse and inclusive. We have no shared creed.”
Four UW-Eau Claire professors of science gathered a crowd of around 60 students and Eau Claire community members to discuss how they integrated their studies with their personal faith.

“I think for a lot of Christians, where the issue of evolution comes from is the idea that evolution is unguided, or random,” Gingerich said. “How do we reconcile the belief of an active God with the idea of an evolutionary process which science very clearly shows is active in the world?”

Although spirituality is not a topic he discusses in his classroom, he was happy to see students in attendance, Gingerich said.

“Faith and science are not incompatible with each other,” Gingerich said. “It is possible to be a good scientist and also have religious faith.”

Dr. Doug Matthews, assistant professor of material science, discussed his Christian faith as well during his segment of the presentation. Matthews said that in science it’s common to be criticized for being a person of faith.

Matthews said he has taken a “scholarship” approach to his faith. He studied scientific evidence for the resurrection of Jesus Christ and the historical accuracy of biblical scripture.

“Strongly work to find what it is you’re called to do,” Matthews said. “I hope my students know that I care for them because there is a God that cares for me.”

Everyone should be encouraged to explore the depth of their faith, Matthews said.

“We should strive strongly to always integrate our worldview into a unified whole,” Matthews said after the panel was complete. “If we try to parcel it into science or faith or anything else we begin to diminish the nature of the questions we can ask.”

Dr. Matt Jewell, assistant professor of material science, is also a Christian and discussed the ways in which he has reconciled his studies in material science with his faith during his portion of the presentation. He was also raised in a Christian tradition that pitted evolution and creation against one another, Jewell said.

“I think that’s a perspective that I held onto for awhile,” Jewell said. “The idea that we were fundamentally at war with each other, and that we had to try to beat the other side.”

The idea that creation should be the foundation of his Christian faith is offensive to him now, Jewell said.

“There is a fundamental deceit, I would even go as far as to say lie,” Jewell said, “that these systems of belief are built on what we believe about the foundation of the world, about how the world began.”

In his view, Christianity is not a story of a human search for God, but a story of God coming to humans, Jewell said.

“It’s important because it means that the idea that history should be the basis of your faith is a little bit backwards,” Jewell said. “What I build my faith on is not really what happened 4.5 billion years ago in the universe.”

Rybicki moderated panel and asked questions of the other members and passed a microphone to audience members to voice their opinions or ask members of the panel questions.
Lauren Brinkman, a junior at Eau Claire, was among the attendees.

“Being able to get together and talk about science and spirituality is such a hard topic,” Brinkman said. “It’s really important to try to incorporate both, with your learning in school and your personal life.”