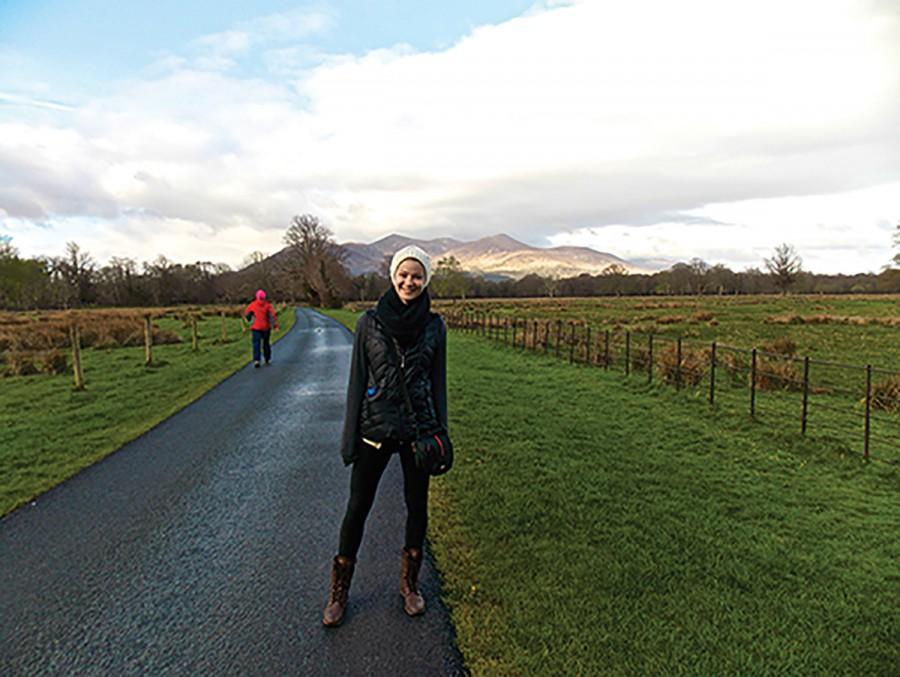 Senior Cora Cooley has the experience of a lifetime while spending the semester studying in Winchester, England.

It is 4 a.m. in Rome and you are utterly and horribly lost. After taking one wrong turn onto a winding, cobblestone street, you find yourself surrounded by homeless Italians speaking in an indecipherable tongue and you’re very, very far from your destination.

Sound like a nightmare? For senior political science student Cora Cooley, this nightmare became a reality.

Luckily, though not without struggle, Cooley reached the bus station she had been wandering the Roman streets to find. After a long and tiresome journey, Cooley finally arrived at her home away from home: Winchester, England.

In 2014, Cooley made the somewhat spontaneous decision to study abroad for the spring semester.

“I originally came to UW-Eau Claire for the study abroad program,” Cooley said. “I have always been fascinated with England and it seemed like a great first country to go to.”

Though her decision to go abroad may have been spontaneous, it led to an ultimately life-changing experience, Cooley said.

For the first several days after her arrival, Cooley was unable to contact her family due to limited Wi-Fi access. Instead, she spent the majority of her time wandering around the city of Winchester and adapting to British culture.

“The first couple days were so exciting,” Cooley said. “I kind of expected to sit in the background of my classes, but I ended up getting to know my professors really well.”

Culture shock was not a problem, Cooley said. She was able to adapt to her surroundings easily, which ultimately made her realize her passion for international travel.

“I learned that I really want to travel more and experience different places,” Cooley said. “People are a lot more alike than you think.”

Cooley eventually found herself immersed in the culture of the once-foreign city; she became deeply involved within the community and made several close friends.

Cooley said her favorite part of her experience abroad was visiting the homes of her English friends and experiencing first-hand what an everyday British family is like, sparking her creativity and motivating her to travel and experience various cultures.

“All these small experiences built up to make this holistic, awesome experience,” Cooley said.
After spending one life-altering semester studying in Winchester, including several trips to Italy and one week in Ireland, it was time for Cooley to return to the United States.

“If someone was on the fence about studying abroad, I would tell them to just do it,” Cooley said. “Take a chance, it’ll surprise you.”