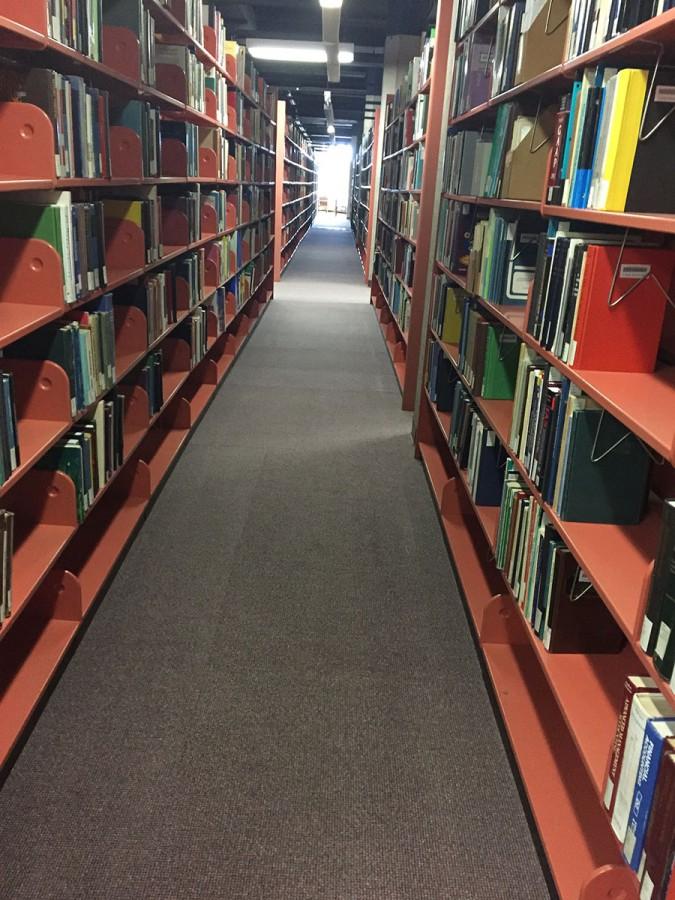 McIntyre Library contains beyond thousands of reference materials for students. The building is 210,532 square feet and has six floors containing 1,122 study seating spaces and 22 group study rooms. The role of library buildings has been changing for decades, with resources becoming increasingly available online.

Dr. Janice Bogstad is the head of Technical Services at the McIntyre Library, and has been employed since 1990.

“I remember when less than 15 percent of everything that was published was available online,” Bogstad said.

The library has seen a “definite” decrease in paper materials over the past several decades, which opens up a lot of space within the building, Bogstad said.

“The learning procedures that people go through have also changed,” Bogstad said. “A lot more group work, so we now have group spaces. We have, in fact, multiple kinds of group study spaces; some of them open, some of them closed.”

The library offers various electronic resources for students, but also maintains a collection of paper resources.

“There is still a lot of use and a lot of interest in paper materials,” Bogstad said. “There are still some materials published that don’t translate to an electronic form, and that’s always going to be an issue.”

Tia White, a freshman at UW-Eau Claire, does not typically use the library to find reference materials, but instead as a study space for homework and finals. She has used materials from the library once because it was required for class, White said.

“I use it to get big assignments done,” Pauls said.

The reason Pauls said she doesn’t use the library database isn’t because it’s difficult.

Mathew Riedel, director of academic affairs in Student Senate, is working on the constitution for the Student Library Advisory Board.

The board is a group of students who advise the library on topics including renovations, CD acquisitions and the academic atmosphere; it has recently applied to become a student organization.

It is undetermined whether they will be allowed to take a position as a student organization or whether it will become a shared governance committee similar to Student Senate, Riedel said.

Although the official status of the Student

Library Advisory Board hangs in limbo, the diverse groups of students are the key reason for the board’s attempt to become a student organization, Riedel said.

“They wanted to reach out to more students to get more input,” Riedel said. “Which is why they are trying to find a new place to do their work as opposed to being under the library.”

Although the role of the library has changed, the library itself is changing as well. They are seeking “diverse” student input while modernizing their facilities.