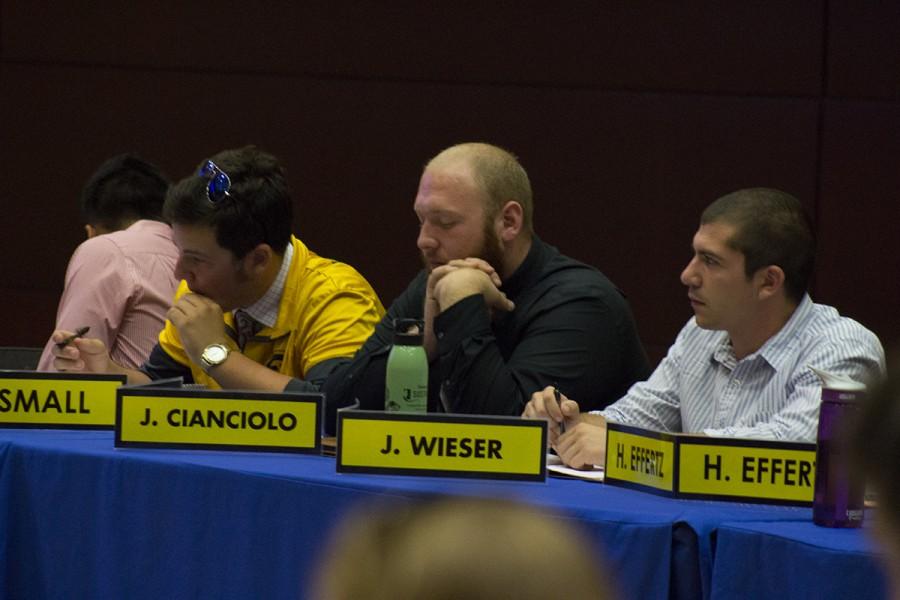 Student Senate introduced a resolution Monday night opposing a bill legislators circulated to give those with a concealed carry permit the option to carry weapons in all university buildings.

The resolution to oppose the Campus Carry Act passed 25-4-1 and was sent to legislators in Madison on Tuesday.

While the majority of senators supported the opposition, Senator Hannah Effertz said student government should not be trying to pass a resolution opposing a constitutional amendment.

“I think we very much have a place in passing legislation on this and that this is the right resolution to pass,” Spaight said.

Coordinator Rachel Eckwright said she understands both sides of the issue and shared student comments and concerns about allowing concealed carry in campus buildings.

“We’re not just representing our own opinions,” Eckwright said, “but the opinions of the entire student body.”

In other Senate news

Senate voted on a student organization constitution that provides hats for kids with cancer in exchange for every hat they sell.

According to the Love Your Melon UWEC Campus Crew constitution, the university will not be providing the group with funds and all students working for the organization are volunteers. The vote passed unanimously.

Programming Director of University Activities, Hannah Woods, said the campus will not host a larger concert in Zorn Arena this semester as planned.

It’s difficult to book around sporting events in Zorn, Woods said, but this way the UAC can save money to have a bigger artist next semester that students really want.

“We are extremely lucky to have as many artists as we did last year,” Woods said, noting that performers last year reached out to them making shows easier to book.

Woods also said UAC will try to book a smaller artist in December.