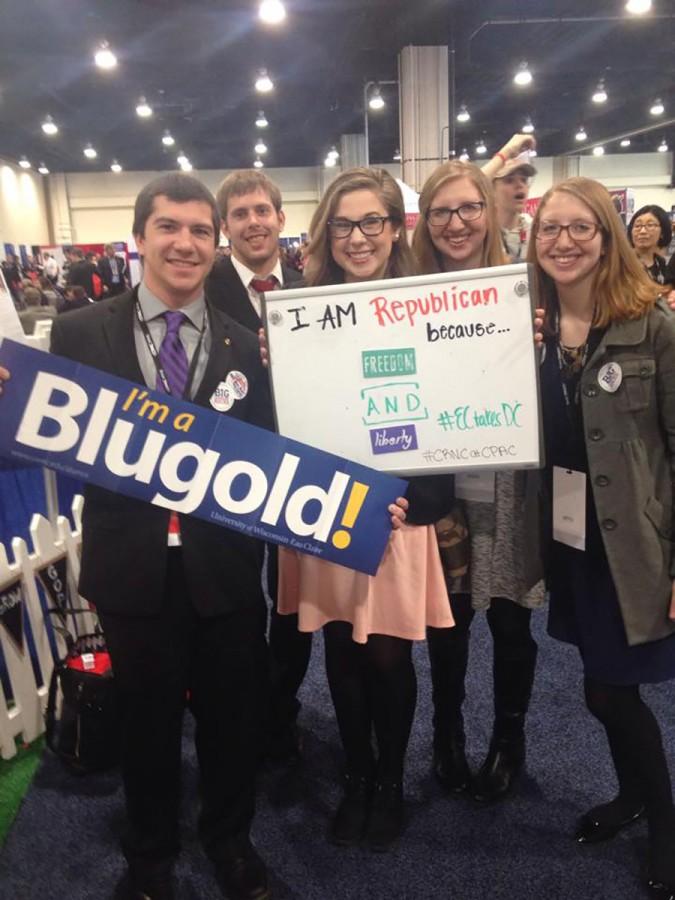 Words like these are often used to describe the millennial generation, especially when it comes to political participation. Overall, some of it bears truth – U.S. Census data from the November 2014 general elections revealed only about 20 percent of 18- to 29-year-olds cast ballots.

However, not everyone on the UW-Eau Claire campus agrees with the blanket statements.

While the overall youth voter turnout is low, Peterson said voting rates for university students can reach around 70 percent.

Peterson said students are generally exposed to more activism than those who don’t attend a university, and are therefore more likely to understand what’s going on around them. After 15 years at Eau Claire, Peterson said he’s witnessed a lot of student activism surrounding the topics of their time.

“I don’t think students on campus are any less active or any more active than they were 15 years ago,” Peterson said.

Some students on campus aren’t convinced millennials are as politically apathetic as the stigma suggests.

Paul Savides, a senior political science major and member of the UW-Eau Claire College Democrats, said a transfer of political expression to the technological realm could contribute to the idea that millennials aren’t as involved in the political sphere.

While Savides said he isn’t sure if millennials are more politically apathetic now than other generations, he said students should be more involved in campaigning efforts.

Since starting his experience at Eau Claire, Savides said he has participated in two campaigns for local candidates outside the university. As a student on the campaign trail, Savides said he wondered where other youth are in politics.

“It’s really important, for students especially, to be involved in campaigns because you can have more of a direct effect on the political process,” Savides said. “… We will, eventually, be the ones running things.”

“They (some young people) are not educated in politics and the history of their country as well as they ought to be,” Myers said. “… They really don’t know how to get interested in political things.”

For Erin O’Brien – sophomore political science major with an emphasis on world politics and chair of the UW-Eau Claire College Republicans – political education began at a young age.

O’Brien said she first started caring about politics and activism in sixth or seventh grade, and started working on campaigns when she was a junior in high school.

“You get that feeling in the pit of your stomach, and you just kind of know that’s a passion you have,” O’Brien said. “It’s been that way since I was little.”

O’Brien is currently the campus director for the Aim to Win Initiative, and focuses her energy on identifying and reaching out to potential party voters. She said one of the biggest rewards is seeing the effects her work has in the real world.

“If in 2016 a republican were elected,” O’Brien said, “I would have played a direct role in that.”