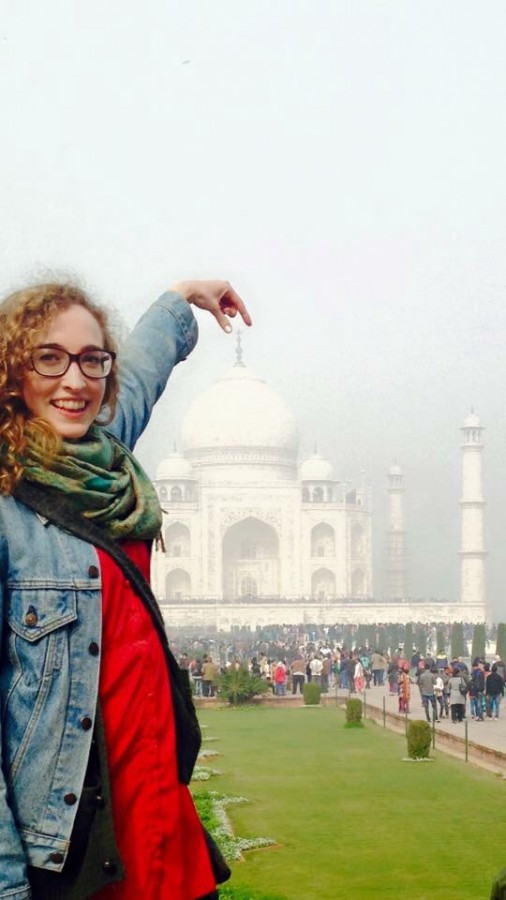 After a grueling 14-hour flight, Sara Hansen and her 12 comrades wearily stepped off their plane into a scene of night-time chaos.

People flooded the streets as the travelers took ages to find the bus to their hotel. Crabby, tired and reeling from culture shock, Hansen and her companions knew they had reached their destination: India.

“That first night was kind of a microcosm for the rest of our trip,” Hansen said. “We were thrown into chaos.”

Hansen’s motivation for this journey stemmed from a previous course, she said, where she learned about the various social, economic, and political issues in India due to overpopulation and gender-selective abortion.

“This made me want to learn more,” Hansen said. “When I heard about the opportunity to spend my winterim in India, I was quick to sign up.”

With its history of poverty and overpopulation, India might not be the ideal destination for most people. But Hansen said India was the perfect place for her to go.

“India is not glamorous,” Hansen said. “I wanted to experience culture shock, I wanted to be pushed outside my comfort zone.”

While studying at Dehli University, Hansen spent time learning about different feminist issues in both India and the United States with a focus on political science, she said. Hansen said she came to understand that feminist issues don’t stop at a country’s border.

Hansen said she was surprised to see students at Dehli University were very similar to her Eau Claire classmates.

“Programs like this only do good,” Hansen said, “Things like this shine light on perspectives we never would have realized without these cross-cultural conversations.”

This September, Eau Claire welcomed students and faculty from Miranda House to Eau Claire, where they continued the cross-cultural conversation.

Not only did Hansen learn a lot about cross-culture feminism, she said she also realized her own capacity for patience and the importance of remaining open-minded.

“I learned a lot about myself,” Hansen said, “I realized I thrive in uncertainty and a bit of chaos.”