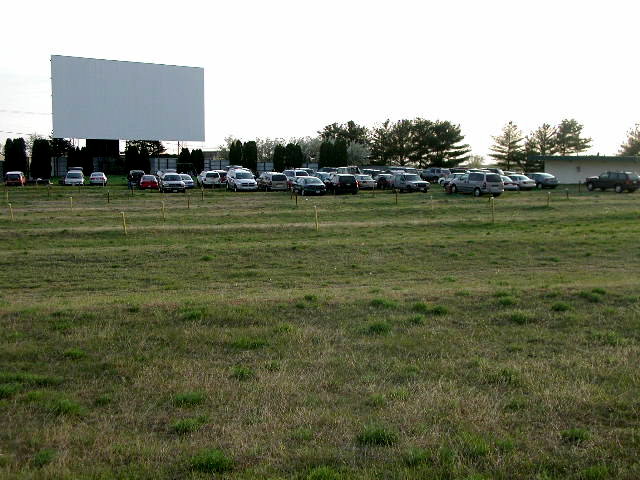 A gem of the Eau Claire community, the Gemini Drive-In is celebrating its last weekend in business with a double feature of classic films “Grease” and “E.T. the Extra-Terrestrial” for $10 a carload.

After over 40 years of seasonal evenings at Eau Claire’s Gemini Drive-In Theater, Eau Claire locals will say goodbye to one of the community’s staple summer and fall evening activities.

Eau Claire Co-Op Oil Company bought the entirety of the 37-acres and next weekend marks the Gemini’s last on the property.

Eau Claire native and senior information systems student Matt Seipel says the “iconic” Gemini Drive-In was a place where his, and many natives’, best childhood memories were made.

“My first experience was when I was between 7 and 10 years old,” Seipel said. “I remember me and the other five members of my family would all try to squeeze onto one of the wooden chairs that you could lay down on to watch the movie.”

As he grew older, Seipel still remembers heading back to the drive-in, just in different situations.

“(In high school), it was the iconic place to take the girlfriend at the time,” Seipel said.

Eva Hambrick, Eau Claire native and junior accounting and finance student, said she mourns the loss of the theater not just for herself, but for the community as a whole.

“(The Gemini) is something unique that not every place has, and it’s a fun thing to do at any age,” Hambrick said. “They have a lot to offer that other places in Eau Claire don’t.”

Although Matt Seipel says he hasn’t returned to the theater much since then, he will miss the idea of it being a part of the community.

“You can always go to a movie at the mall or watch one on Netflix,” Seipel said. “But actually going to a drive-in, just the experience of it, I’ll probably miss that the most.”

Hambrick said the theater’s closing took her off guard – she said it was much more than a theater through her upbringing and experience at the University of Wisconsin-Eau Claire.

“I will probably miss just going there with my friends,” Hambrick said. “You’re usually supposed to be quiet during movies, but it’s more of a social gathering when you go to the drive-in.”

Hambrick and other locals are not the only ones taken off guard by the Gemini’s closing. Connie Olson and her husband, owners of Micon cinemas, were not planning to sell this year.

“We just put new toilets in this year, so (selling) wasn’t really anything we expected,” Olson said.

The nearby railroad access was “perfect” for the company, which pushed them to purchase the entire property rather than just the 30 acres not being used for the drive-in, Olson said.

“We’ve been advertising for the last few years, but we never thought anyone would be interested in all 37 acres,” Olson said.

This is not the only end Olson has had to face this year – she retired from the university August 28. Olson used to be in charge of the class catalogs and commencement programs, Olson said, but retired in the face of the university’s cuts.

Though she’s faced two major life changes in the last three months, Olson said she takes it all in strides. She said she and her husband have had plenty to keep busy without the outside theater and plan to find another property that’s better suited for a drive-in.

“We’re hoping to find somewhere that’s not so much an industrial area, an area still easy to get to,” Olson said. “Drive-ins used to be in the country and it would be nice to find some place like that.”

The business is celebrating its last weekend open with a customer appreciation weekend. Two classic films, “Grease” and “E.T. the Extra-Terrestrial,” will be playing. In addition, the price will be just ten dollars per carload.