Entrepreneur comes to UW-Eau Claire to share story of success 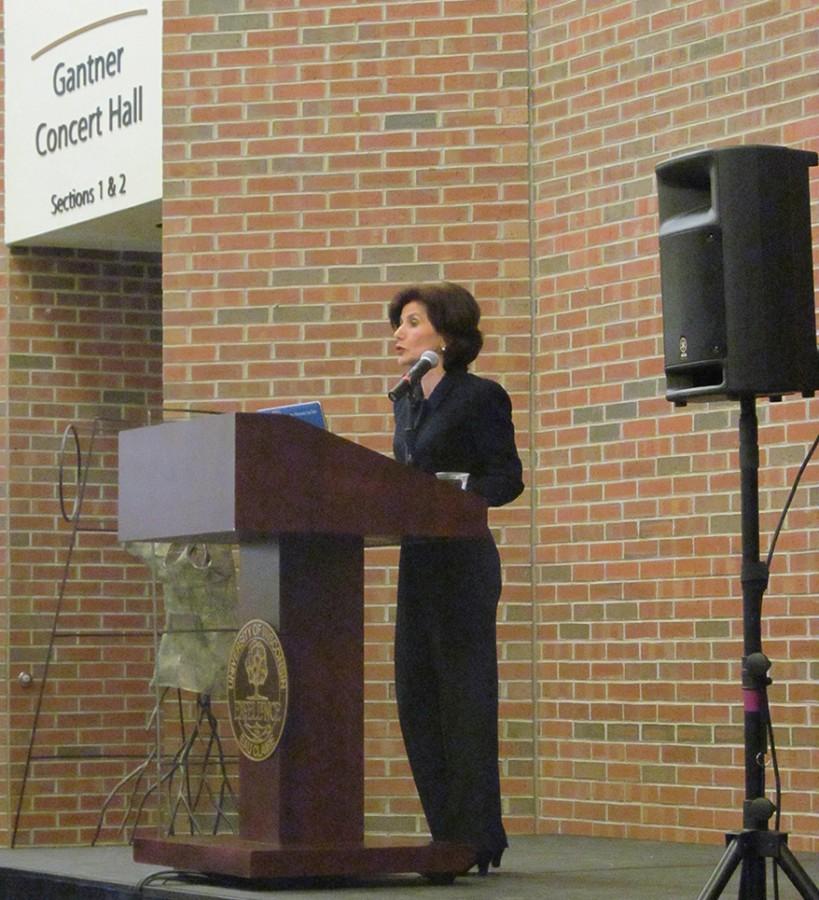 Luz Marina talks about growing and selling coffee and “focusing on quality rather than quantity.”

It all began with the dream of having a cabin on the lake.

Seattle’s Best Coffee was founded by Eau Claire native Jim Stewart. His wife of 17 years, Luz Marina, grows the coffee beans used in the blends. Building the company up after facing bankruptcy required much patience, learning tricks of the trade and working day and night, Stewart said.

As part of entrepreneur week and the College of Business, they came to  the Haas Fine Arts Center Monday Oct. 5 and discussed success and what it means to start your own business. Whether it started as a mistake, a plan, or a dream, Stewart said his work was worth it.

“The harder you work, the luckier you get,” Stewart said.

When Stewart and his brothers followed the advice to fill out a black and white form with small lines from the SBA (Small Businesses of America) and prepare the budget, it saved the business.

Before Seattle’s Best Coffee was strictly coffee, it was a business called the Wet Whisker where they sold ice cream. By the time the second summer ended, they couldn’t push the freezers out of the door. “We almost had no expenses,” Stewart said.

Having your own business comes with challenges. For Seattle’s Best, finding success with inventories, opening stores and finding vendors challenged Stewart and his brothers.

Part of the business took place at the Seattle Center, where Stewart and his brothers lost the business and became bankrupt. From meeting two guys who offered to take care of finances, to spending five years to get back to zero in the books, the business ultimately was able to survive.

Having an action plan and new ideas everyday made it hard to get focused, and stay focused, Stewart said.

When Seattle’s Best went to the Bellevue mall, Stewart and his brothers decided to make a new logo.

“We hired a designer who had to be a customer for six months and after that, they would make a new logo,” Stewart said. “The designer came to staff meetings and ended up showing 30 designs.”

When explaining how starting a business can be difficult, Stewart advised the audience to prepare the budget, secure finances and write down goals.

“Dreams are only dreams until you write it down,” Stewart said. “Say them out loud. People will come around. Give goals a deadline. Set what you need to do to make them happen.”

Entrepreneur week goes until Thursday, with their final event at Volume One.