Connecting a city one bridge at a time

With addition of new High Bridge, Eau Claire now has over 30 miles of recreational trails 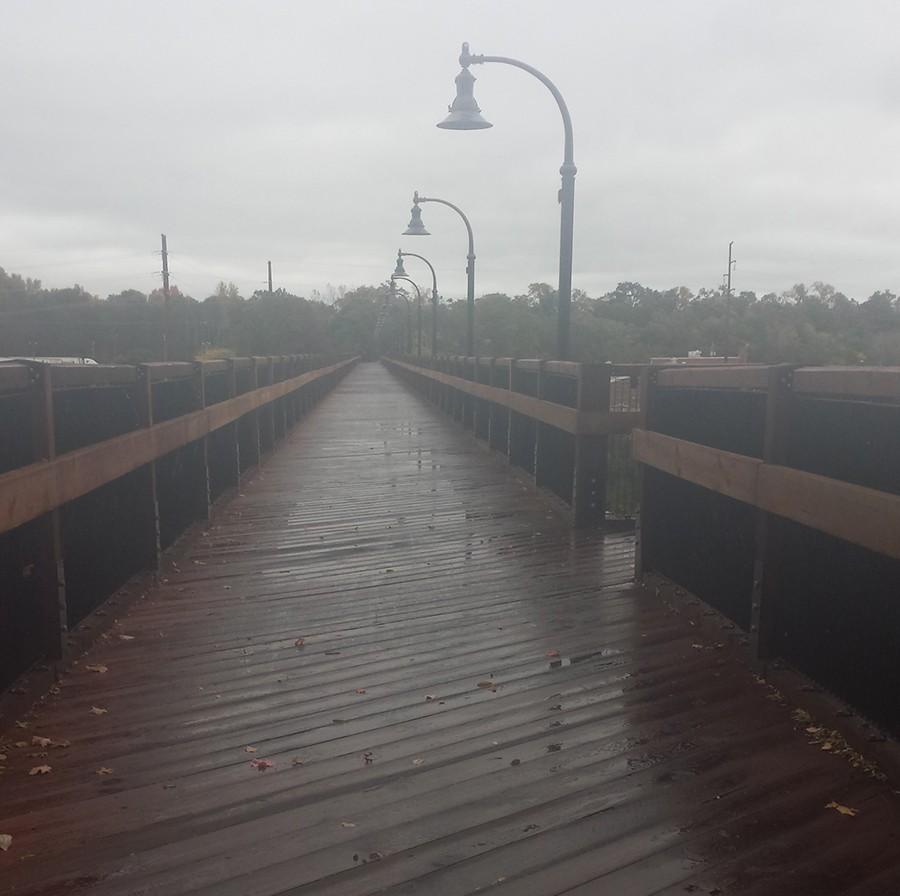 A lot can be accomplished in 30 miles. You could run around a track 120 times, run a marathon and then four more miles after or even connect a system of trails for recreation along the Chippewa River.

Although one may sound more intimidating than the other, all have been done. This includes the recreational trail system, which has recently surpassed the 30 mile mark along Eau Claire’s Chippewa River after the city’s High Bridge resurfaced.

The bridge, which has been around since 1898 as part of the local railroad, was redecked to accommodate traffic from bikers and walkers.  It also connects Forest Street and First Avenue, Phil Fieber, the city’s parks, recreation and forestry department director said.

Fieber said the goal was not only to connect the downtown area with the west side of Eau Claire, but also it was another step to becoming more pedestrian friendly as a city.

With the addition of the bridge, which stands nearly 80 feet above the Chippewa River, Fieber said the cities trails continue to bring a sense of safe pedestrian bike connections with a view of the river along the way.

Sophomore Kristina Wielgus said that when the weather is nice she tries to bike along the trails at least once a week and even went as far as 25 miles on the trail before.

Although the long winters and busy semesters cut down the time students are able to enjoy the paths cutting through the city, across the river and through fields. Wielgus said the time she does get her bike on the trail, whether alone or with friends, is special.

“The time on my bike along the trails is really freeing because it’s easy to get stuck in your bubble on campus,” she said. “Having a bike and being able to escape what you need to do while being out in nature is just really refreshing.”

Not only is biking the trails something Wielgus said she enjoys, but it also was something that drew her to campus since it set the city apart from many others.

“Having the system of trails in the area just really makes Eau Claire great because not only does it allow you to travel from place to place in the city,” she said. “But it also allows you to have an adventure and get to other towns if need be.”

Not only do the trails ensure an adventure for bikers, walkers and runners throughout all 30 miles, but Fieber said they are important in that they allow pedestrians of any age the ability to get where they need to go safely and out of harm’s way of vehicles.

Fieber said the city’s plan going forward is to continue connecting and extending the trails with bridges and roadways.

Fieber said the city calls for a comprehensive plan that has city officials taking every opportunity to acquire old railroad beds and to look into adding trails with every road replacement to improve upon the system of recreational trails.