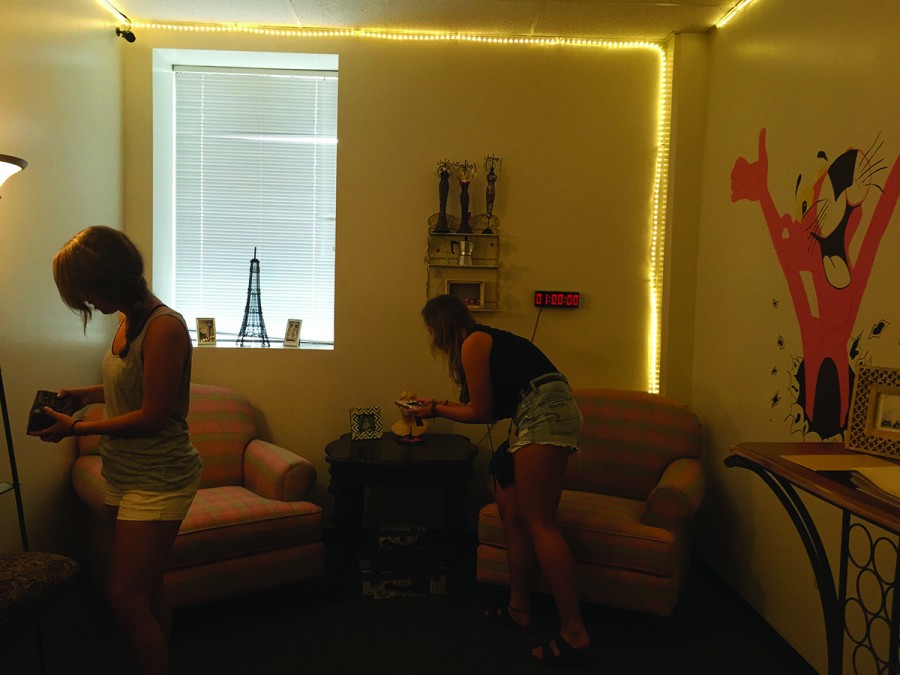 Eau Claire residents can now channel their inner Sherlock Holmes and put their clue-solving skills to the test at a new downtown business Tactical Escape 101.

Tactical Escape 101 boasts two themed rooms – Mission Impossible and Pink Panther in Paris – that are locked and contain scattered clues throughout. Each group of participants have the same end goal: solve the clues to escape the locked room.

“Eau Claire has responded extremely well to the limited advertising we have done,” Fonfara said.

The idea for the series of escape rooms all started when they found themselves without plans on a February vacation in Charlotte, N.C. The couple heard about an escape room there and decided to try it out on a whim.

Little did they know they would be bringing the idea back to the northwoods and opening up one of their very own escape rooms in their hometown, Rice Lake. Since then, the couple has opened up locations in Hayward and most recently Eau Claire. Each location has different themed rooms, a variety of clues and multiple ways to solve them.

Tactical Escape 101 is the only escape room in the nation that allows children under the age of nine to participate.

At the Mission Impossible room in Eau Claire, participants must tackle morse codes, search for hidden messages and use clues from around the room to open up a variety of locks. Some clues are pieces of the puzzle, while others are red herrings.

While many teams opt to solve the rooms in the 60 minutes without help from Jennifer and Justin Fanfara, participants have the option to ask for help via walkie talkie.

“We haven’t had any group complete the Mission Impossible room without help yet, it really is a difficult puzzle,” Justin Fonfara said.

Many of the participants are from corporate companies who wish to hone team building skills, but many families come to try it out as well, he said.

Eau Claire residents can anticipate a third room in the future that will put them in a real life situation similar to the classic board game Clue, Justin Fonfara said. In this new crime scene-themed room, the goal is to find out who murdered Gladus, the coveted multi-millionaire, but in order to do this they must first find her money.

To sign up for a Tactical Escape 101 session, visit their website. The Mission Impossible room can accommodate anywhere from four to 12 people and the Pink Panther in Paris room is suitable for up to eight people. Participation costs $25 per person.