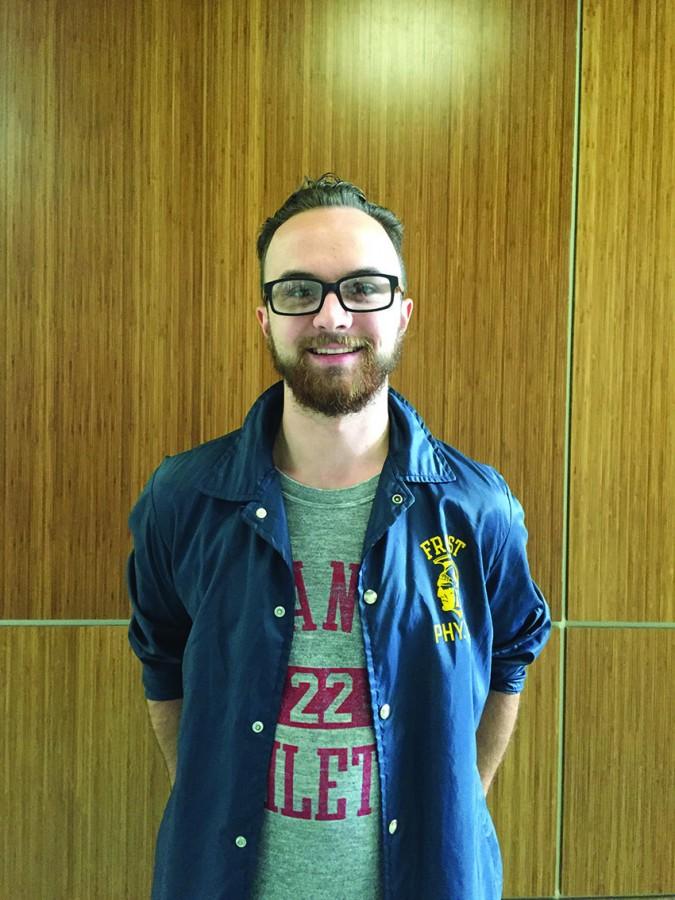 Birthdays are cause for celebration — especially when it’s a 21st birthday — but when UW-Eau Claire student Ian Wetzel was celebrating his friend’s big day last summer, he ended up with a lacerated spleen, a broken rib, foot, collarbone and two skull fractures.

That night, Wetzel said he remembers not wanting to be out on a balcony with his friends – he felt uneasy.

“It was a really generous excuse for a balcony, just three boards and no actual floor where I sat in the middle of two of my friends,” Wetzel said.

Wetzel grabbed for the door that lead back inside, and the next thing he knew, he lost his footing and was rapidly approaching the ground 20 feet below. Wetzel was rushed to Mayo Clinic in Eau Claire, where he spent four days in the intensive care unit and another three in the hospital for observation.

In the months after the accident, Wetzel had to find ways to juggle classes, maintain a social life and recover from injuries that were life-threatening. Wetzel had to give up both disc golfing and lifting, two hobbies he said he spent a good portion of his time enjoying before the accident.

“I had six hours of lab every week and I found out how hard it was to function the way I needed to with a busted collarbone,” Wetzel said.

Entering the fall of his junior year at Eau Claire, Wetzel was not only battling the setbacks he faced during physical recovery, but was also suffering a less anticipated emotional impact as well.

“At the time I didn’t really know where my mind was exactly, I eventually came to the realization that  I was in a pretty deep depression” Wetzel said.

While Wetzel said he suffered emotionally, his friend Jake who was there at the time of the accident, went through just as much, too.

After the accident when Wetzel started to recover, he admitted that he and his friends began to lose touch. Wetzel said they dealt with the reality of the accident by keeping it inside and attempting to bury it, which resulted in their friendship slowly drifting apart.

“I didn’t like sitting at home alone but I also didn’t really like going out and doing things as much either,” Wetzel said.

Now a senior, Wetzel said he finds himself fulfilling opportunities that weren’t available to him during his recovery period.

He is now one of two presidents of National Environmental Health Association at Eau Claire and also spends his time working for the Score program, where he provides off campus students with tips and tools to cut back on their energy use.

Wetzel said his completely unexpected accident was also quick to alter his outlook on life as he never saw it coming.

In addition to taking a step back and slowing things down, he admits he has a newfound fear of heights where before he loved hanging out on roofs with his friends.

Wetzel said he tells the events of his accident like a story, almost as if it might be someone else’s tale because it helps him feel more detached from the situation, making it seem a little less real.