Today's college students were 'just kids' when the terrorist attacks on Sept. 11 occurred, more than a decade later they reflect on what that day meant to them 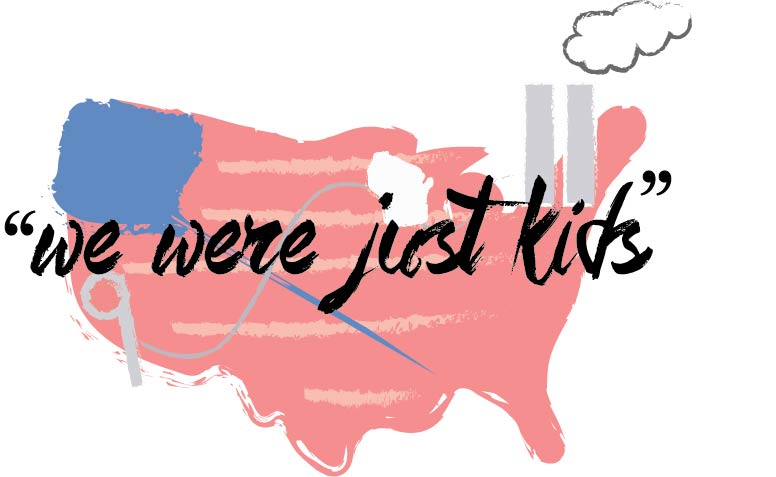 We all know the stories: the stories about Americans going about their daily routines on an average, sunny Tuesday before being interrupted by news footage that changed the world.

Yet, many of today’s Blugolds remember very little from that fateful day. Present day traditional college students were in preschool through second grade the day America was attacked by extremists, they “were just kids” as so many of them said, as if it’s part of a script, when asked about that day.

“They didn’t show us anything, but we had a sense that something was wrong,” Ferch recalled. “We just didn’t really understand it all.”

His fellow org. comm. senior Matt Wickert recalls not understanding why something that happened in New York, a place he had never been to and “might as well have been a foreign country,” mattered to his young Wisconsin world.

And yet, 14 years later, the two have seen a direct consequence of the terrorist attacks in their own lives in friends who have enlisted for the armed forces.

“As younger kids who experienced something like that, that’s one of the reasons I know a lot of my buddies are in the military,” Ferch said. “I have a buddy in the naval academy who … went into the military is because of Sept. 11. Because people gave their lives and people started going over the seas.”

Students just a few years younger than Ferch and Wickert remember even less.

“I remember my mom picking me up from preschool and she was crying,” freshman Kim Baker said. “The TV was on and a lot of people were crying in my house and I didn’t really understand why. They tried to explain it to me but I didn’t understand what it was. I just knew something bad was happening.”

Her fellow freshmen, Keenan Lantz and Chloe Ackerman said they have no memories at all. They first learned about 9/11 years later in school.

Psychology professor Michael Axelrod said when a traumatic event like Sept. 11 occurs, it is important to open up the dialogue with young children.

“The first thing I always tell teachers, parents, educators … is you want to tell them something. Sometimes it’s easiest for everybody to just sweep it under the rug or pay very little attention to it,” he said. “When we’re talking about younger children I often advocate for providing some level of factual information then reassuring them, as much as we can, that they are said.

Clearer memories
For today’s college kids piecing together confused memories is commonplace, for everyone who was an adult on that day the memories are as clear as day.

Allyn Bertrang has worked for the Eau Claire Fire Department for 19 years. On the morning of 9/11 he had just gotten off shift and was driving out to Oakwood Mall.

When he arrived there were TVs set up in the cafeteria and crowds gathered to watch the news coverage. It was then he knew that his fellow firefighters were at the scene and in danger.

“It was a very somber day for firefighters,” he said. “I remember having the feeling that I wanted to be home with my children but I also wanted to be at fire station with the other firefighters that day. The fire service is a brotherhood and sisterhood … It doesn’t really matter if you’re in the city of New York or Fall Creek, if you go to a fire you face the same dangers.”

The kids
Today’s Blugolds are the kids of Sept. 11. For many of them, it’s one of their earliest memory and ever since their lives have been different than those of the children that came before them. They came of age in a post Sept. 11 world.

A world of being searched extensively at the airport, a world of trading in some freedoms in exchange for promised security, a world of heightened patriotism and a world of constant conflict.