All gender restrooms and living on campus 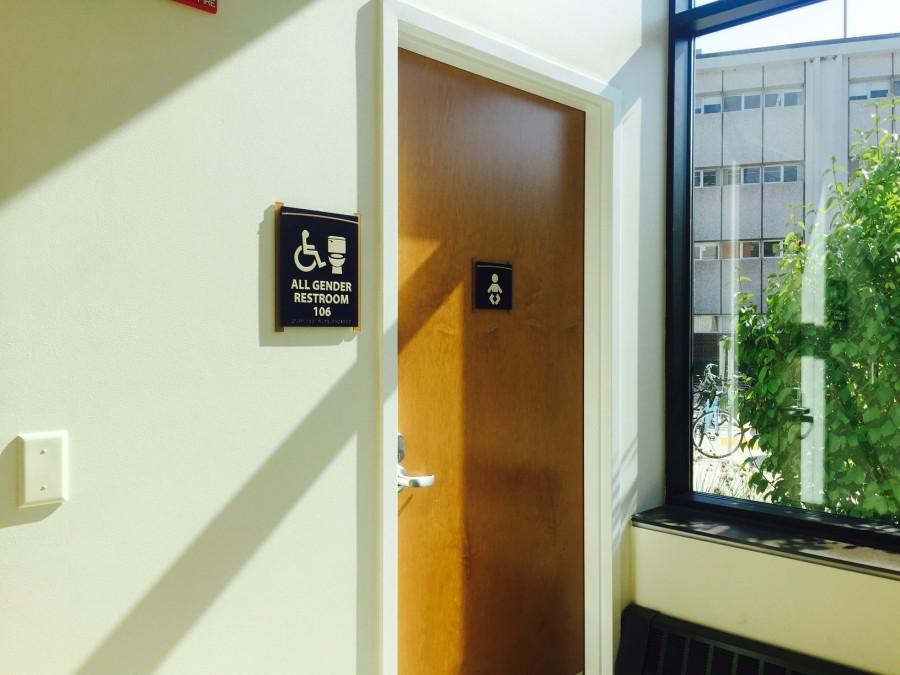 As societal acceptance for non-traditional gender identities continues to grow, UW-Eau Claire has provided all-gender bathroom access across campus, as well as the opportunity for all-gender living in Chancellors Hall.

“When you go into a gendered restroom, you’re expecting to find people who look just like you,” Dawson, who is also the president of UW-Eau Claire Pride, said. “So when you see people who do not look like you, your first response is to call someone out.”

In a society obsessed with labeling and gendering places like the bathroom, it is hard to come to terms with yourself if you do not wholly fit into one gender or the other, Dawson said.

And that does not fare well for students who may already be struggling to come to terms with who they are, Dawson said. They said gendering bathrooms causes anxiety and fear, which is a negative situation for someone just trying to go to the restroom.

Safe, accepting places like all-gender facilities promote all around social inclusivity, Dawson said. He said it’s not necessarily only about safety, it’s also about having a place to not be questioned or judged.

Towers is the only building without a bathroom sanctioned as “all-gender,” assistant to the Chancellor for Affirmative Action Teresa O’Halloran said.

Despite recent and ongoing budget cuts, the process has been relatively painless and inexpensive for the university, O’Halloran said.

O’Halloran said the change from gender-specific bathrooms to all-gender bathrooms is more of a signage thing than anything else. In some older buildings, renovators must remove the stall separating the toilet from the sink and hand driers, and add a lock to the door.

Despite monetary concern, O’Halloran said most continue to be pretty amenable to changes like this, especially when they find out how easy the change is. The future hails no future costs or problems, as gender neutral bathrooms are now just part of plans for new buildings.

“(The university’s) done nothing but support us with all our initiatives. They’re letting us create these safe places, and that’s great,” Dawson said.

“(These bathrooms) serve not just the trans population,” O’Halloran said. “They also serve parents with young children, and disabled people who have a caretaker with them.”

In response to these changes on campus, the Women’s and LGBTQ Resource Center created a campus map of all available all gender restrooms.

“It needs to be updated,” O’Halloran said. “But that’s a good sign.”

“It doesn’t affect me personally, but allowing transgender individuals to not burden themselves with the decision of which bathroom to use is a good thing,” Otis said.

Housing and Residence Life began allowing all gender living in the apartments of Chancellors Hall last year in order to foster more safe environments for these students too, Deborah Newman, Associate Director, said.

“We really want to be more inclusive,” she said. “And transgender students in particular don’t fit into the standard housing arrangement that we have.”

But that’s not the only reason for this change to a previously typical apartment-style college dorm.

“We recognize that we live in a society where it isn’t about gender, it’s about culture,” Newman said. “And it gives another living option for anyone, while allowing for a positive academic environment.”

The program started last year with a total of two all-gender apartments in Chancellors. Newman believes this program will continue to expand in the future, possibly into more dorm buildings.

“Historically some of the most mature, responsible students we have [choose this lifestyle],” Newman said. “They’re interested in an environment that’s more inclusive and more like real life. They view it as a sort of advanced living stage.”