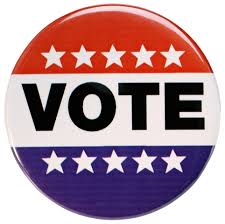 In Tuesday’s elections, Wisconsinites will cast ballots in a state supreme court race and weigh in on a state referendum on the Wisconsin Supreme Court chief justice selection process.

About 20 percent of Wisconsin voters are slated to turn out Tuesday, according to the Government Accountability Board. Polls close at 8 p.m. in Eau Claire.

District Five represents most student housing areas, plus downtown. District Four covers the area north of Halfmoon Lake. A full map of the districts can be found on the city website.

Von Haden, McKinney and Werthmann all participated in a Good Government Council candidate questionnaire for today’s election. The GGC is a committee of the Eau Claire Area Chamber of Commerce.

Von Haden pointed to the Hope Gospel Mission Expansion, County Farm Park Development and nature area restoration as examples of progress in and around Eau Claire. McKinney said she was encouraged by community members to run, and that her voice would be an asset to the council.

Werthmann referred to his co-founding the Forest St. Community Garden and his work as an advocate for the Confluence Project and downtown redevelopment.

“I feel fortunate to have served our community for nearly six years,” Werthmann said. “I’m running for reelection because I want to continue to advocate for an inclusive and compassionate politics that grows our economy and lifts up all our residents.”

Voters will decide today whether to amend the state constitution to allow Wisconsin Supreme Court members to choose their chief justice.

A ‘Yes’ vote on that referendum could end current chief justice Shirley Abramson’s tenure in the court’s top spot. Abramson is the longest-serving member of the court.

Currently, the court’s most senior member secures the chief justice slot. A No vote on the referendum would preserve that 126-year-old practice.

Also, Justice Ann Walsh Bradley is seeking a third 10-year term Tuesday and faces a challenge from Rock County Circuit Judge James Daley.
In a visit to UW-Eau Claire in February, Bradley said she is running to preserve an “independent judiciary,” free from special interest. Daley has argued Bradley harbors a liberal slant, and should be replaced.

The other winners for Districts One, Two, Three and Five are Dave Duax, David Klinkhammer, Kathy Mitchell and Andrew Werthmann, respectively.

Statewide voters passed a referendum that would change the state constitution to allow Wisconsin Supreme Court justices to pick their chief judge. For the past 126 years, the most senior member of the court retained the top position.

Voter support of the referendum may mean the court’s Republican-leaning majority will vote to oust current Chief Justice Shirley Abrahamson.

Abrahamson, in a lawsuit filed in federal court Wednesday, contends she should retain her position as chief justice through 2019, when her 10-year term expires, the Milwaukee Journal Sentinel reported Wednesday.