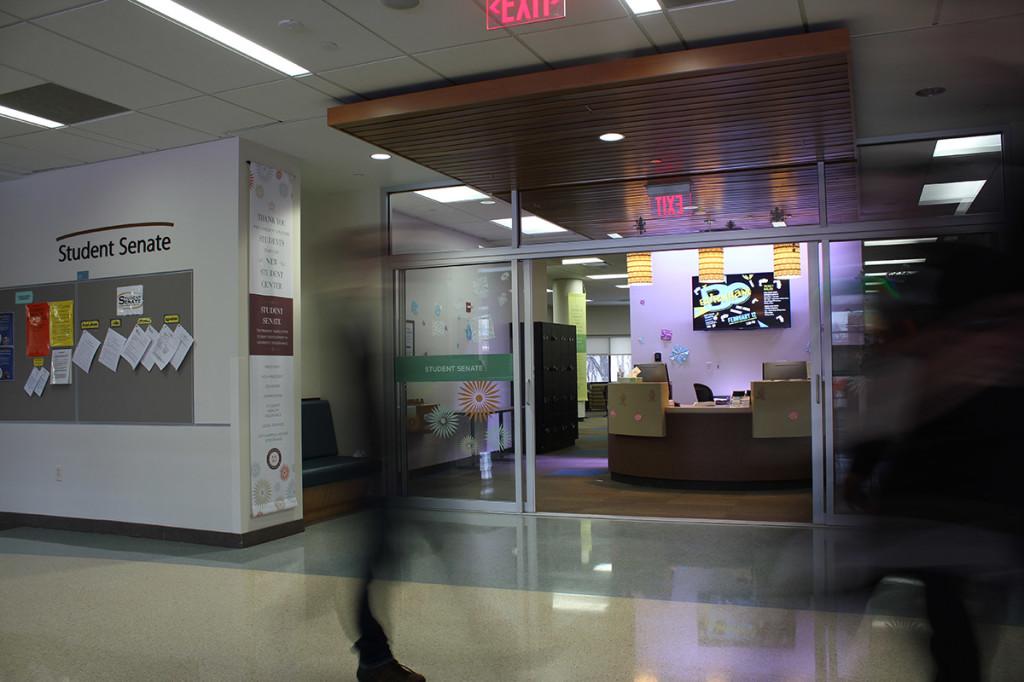 Student fee increases reflect a decline in enrollment, according to a resolution passed to support the budget.

Data from the Eau Claire Office of Institutional Research shows Full Time Enrollment at 9,800 during the 2013-14 year, with total FTE last semester falling to about 9,600.

“This has put the finance commission in a position of trying to balance increases in allocation requests with being fiscally responsible,” Paese said.

Paese said the finance commission focuses on student impact and benefits when determining which organizations and services receive funding.

“While we would like to offer every single service we can,” Paese said. “In this budget climate, it’s just not possible.”

Next year’s budget allotted about $180,000 to Counseling Services and Student Health Services.

“People were very passionate about making sure that we kept services where they were,” Paese said.

Paese said the finance commission felt it was important to maintain the quality and convenience of the student health services available on campus.

But Senate cut recreation and intramurals next year by 23 percent due to a cash-positive carryover caused by bad weather.

Some Intramurals were postponed in the past two years due to poor conditions, Director of University Recreation and Sports Facilities Troy Terhark said.

“With the surplus we had, we were able to utilize that to keep the expense down,” Terhark said.

Terhark said all regularly offered sports and services will be available for the next year.

Funding for the future

According to the resolution, Senate’s segregated fee clearing account is running a deficit of about $84,000.

Dorothy Nelson, university associate budget director, said at the end of the 2008 fiscal year the same account approached $1 million. Senate began spending that balance to provide “one-time funding to campus initiatives” and soften the student segregated fee blow, according to the resolution.

Paese said the commission has a three-year plan to balance the reserve account.

Senate plans to adopt a policy that would add a percentage of the organized activity balance to the reserve account and create documents outlining budget and enrollment projections, a move which may prevent future “oversights,” according to Senate’s resolution.