From oversleeping to missing exams, not all students have a perfect record 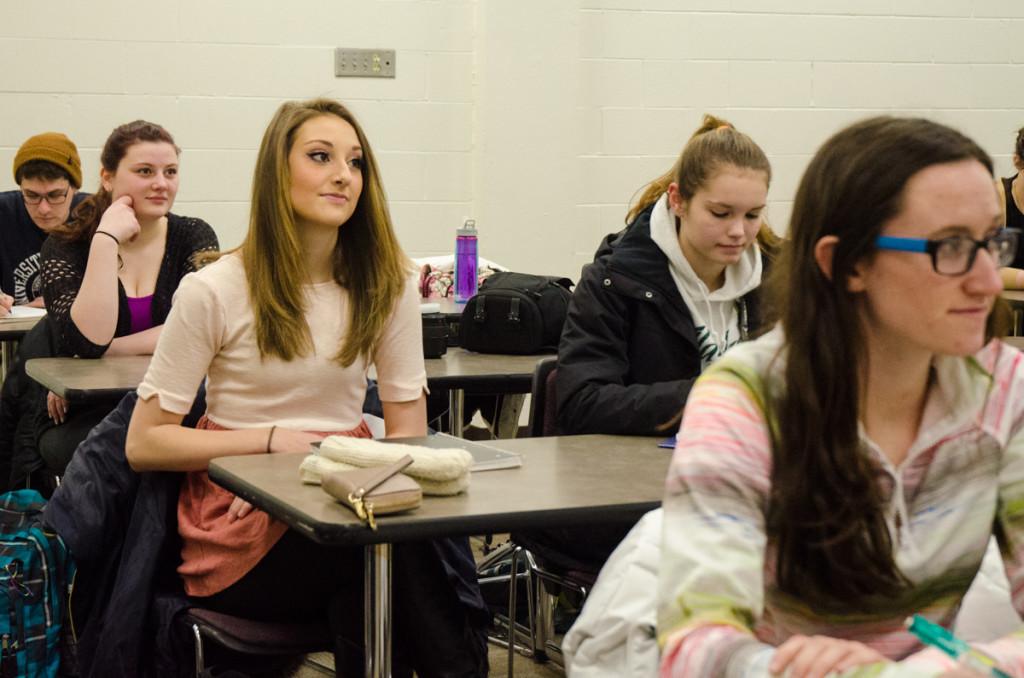 Sophomore Mass communication major Kendall Ruchti (middle) and behind her Helen White look toward the front of the classroom, located in Hibbard Hall. While these two seem to be paying attention, academic mishaps aren't uncommon within the walls of Hibbard.

When sophomore Alexis Hoppe opened a late semester email from one of her professors, she thought it bore good news.

You won’t need to attend the final exam, it said.

Great news, right?  Wrong.  When Hoppe asked her professor why she was excused from the final, he told her not even an A on the test would help her pass the class.

Hoppe said she was surprised, she thought the class was going really well.  What Hoppe didn’t know was that it was a hybrid class.  Online work totaled 60 percent of her grade, and she hadn’t completed any of it.

Hoppe had to retake the class, but don’t worry: she got an A the second time around.

Hoppe isn’t the only one with an academic misstep on their record. The Spectator asked students around the UW-Eau Claire campus to share their biggest academic blunders.

Here’s what you told us:

“Freshman year, I had two final papers due for separate psych classes. I only wrote one of them, and then I dropboxed it to the wrong class.” – Michael Rawls, senior, psychology.

“I didn’t prepare for a speech worth a fifth of my grade and got a D.” – Lee Harvener, junior, economics.

“I took KINS 186 online, and I didn’t read the syllabus. I got an email from the instructor letting us know our papers had been graded … I didn’t even realize we had a paper.” – Erin Ferrell, junior, physics and engineering.

“I slept through my first class of the semester.” – Katie Hafemann, sophomore, sociology.

“For one of my classes, we had to do multiple essays throughout the year. When finals week rolled around, I started to calculate my grades and I was missing an essay. My teacher told me she didn’t have it, and I realized I never wrote it. I then wrote a five-page paper in 30 minutes.” – Morgan Beal, senior, biology and Spanish double major.

“I slept through my midterm and had to crawl my way back from an F.” – Ben Smethurst, junior, liberal studies.

“I didn’t realize there was a test in one of my classes until I got there.” – Rachel Iaquinta, junior, social work.