Pumpkin removal is a smashing success 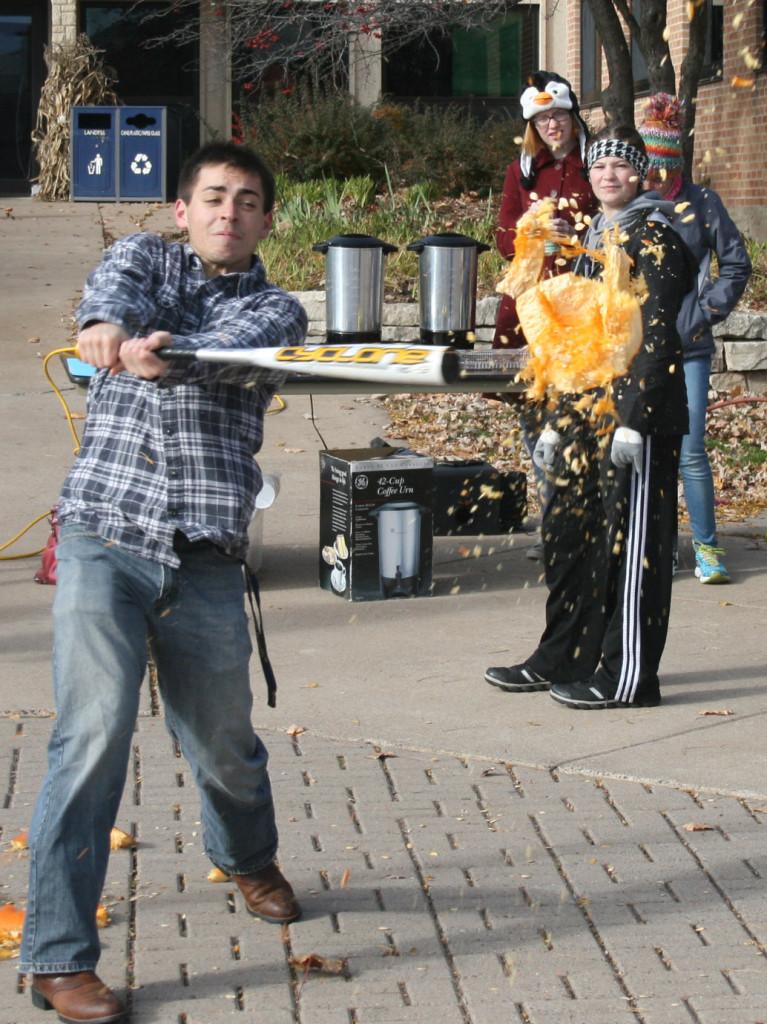 More than 60 students came to the event, which The Residence Hall Association sponsored and advertised as pumpkin smashing to donate or just smash pumpkins.

Armed with three softball bats and the bottoms of shoes, students smashed, swung at and stomped pumpkins for three hours.

In his second semester on the executive board, Philipps said his committee created the event to try to combine keeping the residence halls clean while having fun.

“The Office of Sustainability had issues with pumpkins rotting in the halls last year,” Philipps said. “We’re trying to conveniently dispose of the pumpkins, and we’re having a blast doing it.”

With temperatures at around 35 degrees, students stayed warm with hot chocolate and apple cider while waiting their turn for smashing.

The Office of Sustainability brought an unspecified number of pumpkins from residence halls, and after all of the smashing, they moved the pumpkin remains to an unspecified compost.

“We think this is an easy, fun solution,” Philipps said. “It’s a better alternative than letting them rot in the halls.”

Philipps said he hopes the participation from this year’s pumpkin smashing will carry over and this event can become an annual tradition.