Highlights need for communication with landlords 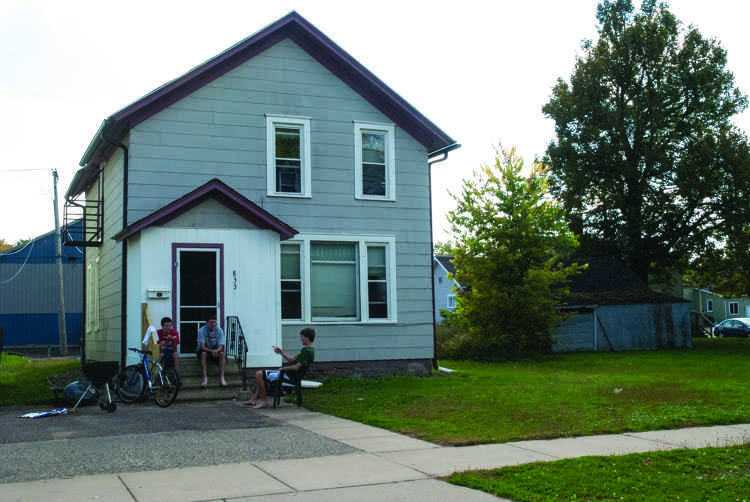 Editor In Chief Nick Erickson, Eric Anderson and Robby Riley live in a house that got inspected earlier this summer. They and their three roommates were threatened to be taken to small claims court.

Hearing that Eau Claire County’s health departments housing program will be inspecting your home can be surprising and nerve-wracking.

But the reasons are not usually as extreme as that may it seem.

According to the county’s Housing Maintenance and Occupancy Code, if a “structure, equipment, sanitation, maintenance, use or occupancy affect or are likely to affect adversely the public health, (including the physical, mental, and social well-being of persons and families), safety and general welfare,” there is cause for investigation and possibly penalties.

First, a renter or landlord can call the health department to report specific violations.

That would be anything from exits blocked, unsafe electrical use or unsanitary garbage pile-ups around the house.

Second, the city has the ability to decide to investigate the health conditions of a house based on the outside condition, which Zurbuchen said is a proactive approach.

Third, and most common, the health department does yearly inspections of what are referred to in the housing code as rooming houses, which are properties with five or more unrelated tenants, through their rooming house program.

“If you’re in a rooming house and the landlord shows up with the health department, that’s me,” Zurbuchen said.

“I’m writing down code violations that the landlord has responsibility to fix, and if there is things that are the responsibility of the tenant, such as cleaning or sanitation, those are brought to their attention as well.”

Zurbuchen said because of the yearly inspection, it is rare to find the larger issues, but because there are so many people living under one roof it generates maintenance issues.

The responsibility to notify the tenants that this will happen, however, is a communication responsibility on the part of the landlord, who can waive the right to a 24-hour notice.

Senior Robert Riley, whose home falls under the category of a rooming house, said his home was recently inspected twice.

The first time was to identify any problems and the second to make sure they were in compliance after being told of code violations.

He said the effort to fix it became contentious when they were accused by their landlord of causing the violations, which in addition to some related to cleanliness included structural problems with stair railings.

“We got a letter, I guess, from our landlords telling us we were disrespecting property,” he said. “And then they said ‘if this doesn’t get fixed we’ll take you to small claims court.’”

Riley said his landlords had not informed him or his roommates about inspection requirements when he began renting.

The owners of the property, a Northwoods Equity Improvements LLC, could not be reached, but operate out of Humbird, an hour southeast of Eau Claire.

Zurbuchen said students can minimize the risk of violations of any type by being familiar with the housing code and the expectations for both tenants and landlords.

He said students can take some of the responsibility to further diminish any problems by “routine cleaning and maintenance, maybe doing a weekly survey of the residence to see that there isn’t a concern with extension cords, or fire hazards, that the exits are readily available…and concerns with sanitation are being addressed.”

The Housing Maintenance and Occupancy Code can be found in the health department’s area of the city of Eau Claire’s website.