Students adjust to life in The Priory 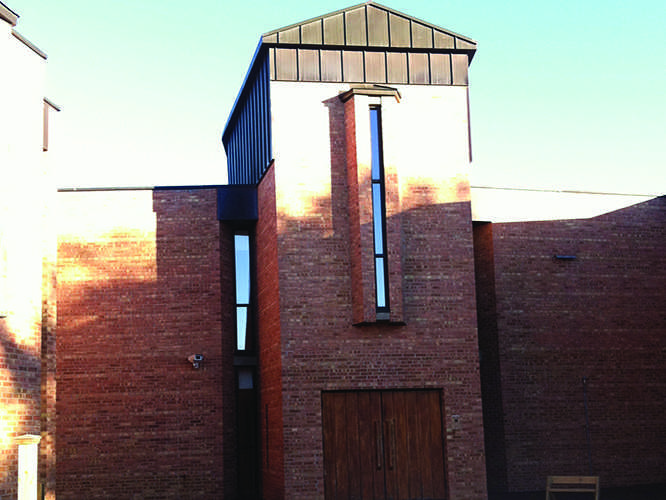 Open spaces, wild turkeys and supposedly a bear: all just a seven-minute drive from lower campus.

It’s now the scene of The Priory, formerly St. Bede’s Monastery until it was purchased by Blugold Real Estate in October 2011. It now acts as home to 20 university students.

For senior David Pierce, it was a chance to experience something different. Pierce, a political science major, committed to living in and working as the resident assistant of The Priory before even visiting the building.

On his first visit to The Priory, located three miles south of campus, Pierce said he wondered what he had gotten into as he passed cornfields and headed into what he described as “the middle of nowhere.”

“I just wanted a different experience,” Pierce said. “I’ve been in hotels, I’ve been on campus and I thought with this I could put all my prior experience into something new and be able to be creative at the same time.”

After three weeks at his new home, Pierce said he is more than happy with his decision.

He said he sees The Priory as, “being tailored for people who are ready to move away from campus,” but still want some benefits of technically being on campus.

Senior social work major Megan Woldt fits that criteria. Woldt was ready to be done with roommates and live on her own. The Priory offers a single room for the price of a double in the on campus dorms, something Woldt said was a good alternative for her.

“This year, I was just really ready to live on my own,” Woldt said. “I was kind of done with the whole roommate thing but it’s way more affordable than living by yourself in an apartment.”

Woldt said she is so far enjoying living in the space that she describes as being extremely quiet. The atmosphere is something sophomore nursing major Matthew Zey is also adjusting to.

“Last year I was in KT Hall and I had people coming by my room all the time,” Zey said. “I would just leave my door open. Now even if I leave my door open I don’t sometimes see anyone for a few hours. There are only twenty people living here.”

Despite the contrast to dorm life, The Priory stood out to Zey because of all “the perks,” he said. Those perks are things like discounted parking on campus, free laundry and living in a building rich in history surrounded by numerous nature trails.

Living in The Priory also provides students with the freedom to decide whether or not to have a meal plan, unlike any other dorms.

In the space Pierce describes as having a “culture of coolness,” and said he sees a lot of great friendships forming among the residents.

“It’s a great place to live near people, but be by yourself easily if you want to,” Pierce said. “You’re out in the middle of nowhere, but then again it is a seven-minute drive from lower campus.”

And as for the bear, Pierce said he has only heard rumors.