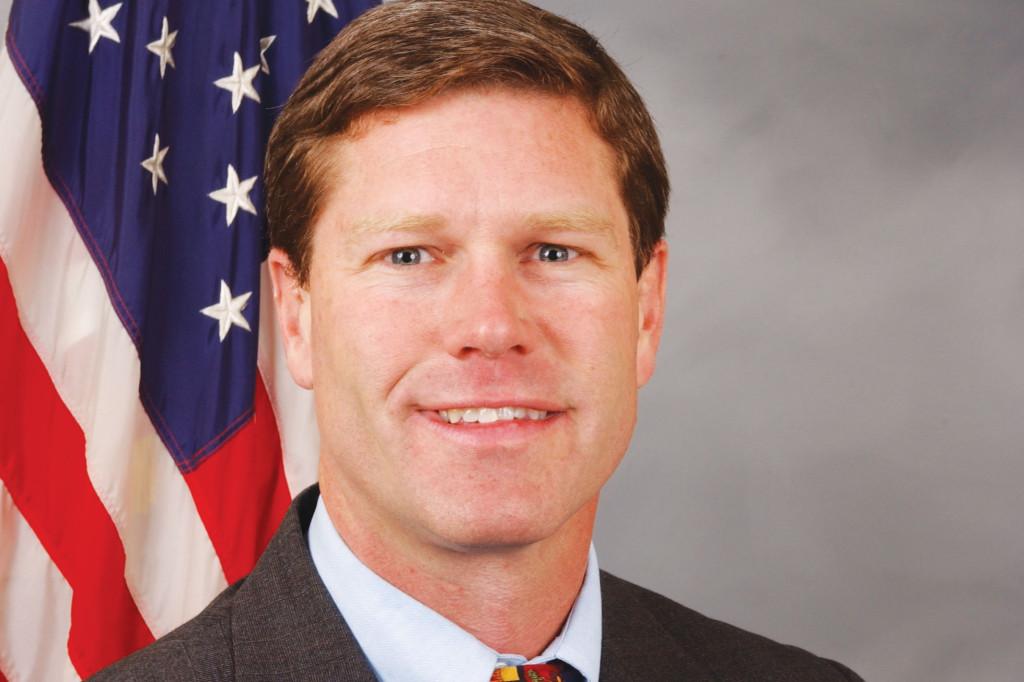 On Oct. 22, Ron Kind, congressman (D-La Crosse) for Wisconsin’s 3rd District, toured the Material Sciences and Chemistry departments as a part of a tour of all six UW schools in his district (Eau Claire, La Crosse, Platteville, Stevens Point, River Falls and Stout). He is currently heading up an innovation caucus to promote the idea that funding needs to continue going into public institutions like in the UW System. Kind sat down with The Spectator’s Ryan Spoehr to talk about the tour, the current state of education funding and the overall state of politics in Wisconsin in recent years.

Ron Kind: The reason why I think it’s important for me to go out and see the types of stem studies that are beginning to take place on campuses — the basic and applied researches. We have a really important decision to make with federal budget. We have the deficit we are trying to bring under control. We have to be able to distinguish those areas of funding that you can reform and reduce spending in and those areas that we need to be supporting in terms of public investments and there are certain we need and should be investing (in) as a country — it’s the access to quality education (and) it’s the quality of job training programs so we’ve got the best educated and trained workforce in the world.

Ryan Spoehr: You mention this need to keep putting funding into education. Do you find that even harder now to accomplish with the overall budget situation?
RK: It is a challenge. It’s a challenge to try to convince my colleagues that there are some huge spending categories that we ought to be going to reform that could result in huge cost savings that could help bring our budgets under control again. You know, but education, basic research — first of all, they’re not huge spending categories in the grand scheme of things with the federal budget. It’s also that initial upfront investment that you reap huge economic benefits down the road.

RS: Do you find it’s difficult to expose the research done on campuses like Eau Claire or Stout or Platteville as opposed to a place like Madison?
RK: It is and it’s unfortunate too. I wish the rest of the public had the opportunity to see what I have and take a tour and talk to the students. I am convinced that the rest of the country saw what I did there would be no close call here. We need to be doing this. We ought to be supporting this. You policymakers need to be getting these things right. Sometimes, it is hard to get that information out. Sometimes, research doesn’t lend itself to good stories or a good narrative to be told right away because it is a building project. Therefore, it is a bit more difficult to indicate that this is important.

RS: What impresses you about this campus?
RK: Dedication of this staff on campus. There’s no question that because of state budget cutbacks, I’m afraid that we are not as competitive in developing and recruiting talent. That’s the name of the game on any campus. If you don’t have the talent to work with the students, the education is going to suffer.

RS: I know that you know as well as anybody that the political atmosphere in this state has been as chaotic as it probably could be. I wanted to ask you, there was a bit of a push for you to run against Gov. Walker in the recall election this past year. Why didn’t you ultimately run?
RK: Well, I care deeply about our state and the direction it’s going. I’m troubled by a lot of aspects of where we are heading. I think overall what we need is more reasonableness in politics today; people who are not afraid to sit down and have an honest conversation with each other, listen hard and work hard to find common ground. You can’t convince me that there is more common ground that could be had in Wisconsin. I know it.

Yet, I have responsibility as a representative of this congressional district — a place I was born and raised. I enjoy the job, I enjoy the challenge, and I’m on a committee that enables me to get into all these issues — the Ways and Means Committee — I’ve got a full plate at this time.

RS: We mentioned how polarized the state and the country are right now. Do you know what it takes to bring people together and find that common ground or is that up in the air right now?
RK: I think the American people are ultimately the referee in all of this and it’s who they choose as their representatives. They can choose the extremes, the far right or far left, but don’t expect compromise then. Don’t expect work in the middle in order to find common ground because they are where they are and unfortunately it’s been the problem. Moderates and centrists are
getting wiped out in the political system and what you end up with is two polar extremes that can’t listen or talk to each other and I think that’s dangerous.

RS: Anything else to add?
RK: Yeah. I finally had the chance to walk through the Davies Student Center. It shows the commitment that students have in their own education and the opportunities here on campus. Student-financed, student-backed, student-planned — they’re taking control of the reins; we need a quality campus and a quality educational experience. They stepped up.

In November, Kind’s seat in congress will be opposed by retired U.S. Army Col. Ray Boland.