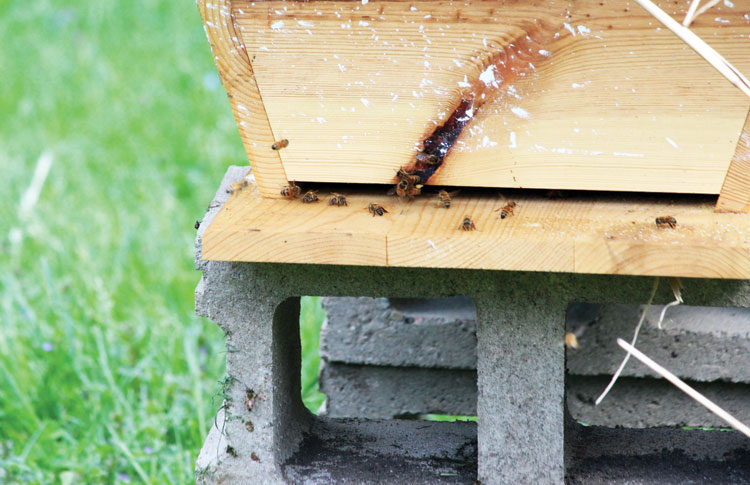 A few university honors students are about to get green thumbs.

Professor Ruth Cronje’s honors course “Civic Agency: Environmental Stewardship” is hosting a rescheduled Planting Fiesta at 5:30 p.m. Monday at the Eau Claire Community Gardens across from Phoenix Park after their initial date was rained out.

The students and community members in attendance will be planting flowers, fruits and vegetables donated by private citizens and purchased with a gift from the Eau Claire
Garden Club.

The event will also include live music and pizza. Once the planting is complete, a local Girl Scout troop will take over caring for the garden through watering and weeding,
Cronje said.

But the Planting Fiesta isn’t just a gardening getaway — the goal is to create a pollinator habitat.

Cronje, an associate professor of scientific and technical writing in the English department, and her students researched pollinators (which include bees, butterflies, bats, beetles and other insects), as well as the science behind them and the threats to them, in hopes of creating a pollinator habitat to benefit a more sustainable city.

Cronje said she picked pollination as the focus of the course this semester because she was already an avid gardener and pollination was something she wanted to learn more about.

The Planting Fiesta isn’t the first stride taken toward improving pollination in the community. Last year, the campus sustainable food organization Foodlums worked with the Student Office of Sustainability to bring honeybee hives to campus, where they have since resided behind Phillips Science Hall.

Sorenson said she supports the class’s goal of creating a pollinator habitat.

Sorenson said it’s more sustainable to have native populations and native species because plants and their pollinators have evolved together.

“They have a wonderful relationship together,” Sorenson said. “The plant has a specific pollinator that pollinates that plant, that’s why they give out certain colors.”

Aside from contributing to a sustainable community, Cronje said the students are learning valuable life skills through the course.

“We want them to learn how to function effectively in their communities to promote some sort of social change,” Cronje said.

Junior Laurelyn Wieseman, a student in the course, said she and her classmates learned about important civic engagement practices such as house meetings, powermapping, and one-to-one conversations with community members.

Wieseman also noted another goal of the course: to produce, publish, and distribute technical yet accessible information about pollinator stewardship.

“Although our class has been studying pollinators this whole semester, our goal is not  to go out and instruct citizens about pollinators, but rather to empower citizens to go out, get excited, and promote pollinator stewardship themselves,” Wieseman said.

Wieseman said the class compiled technical reports on such topics as pesticides, how to create a simple and useful habitat for pollinators in your own backyard, and the overarching importance of biodiversity, as well as integrated pest management, a holistic alternative to pesticide use.

“People, especially students, need a reason to get in touch with nature,” Wieseman said. “(This) is just one really fun and rewarding way to engage yourself with the greater Eau Claire community and biotic community.”