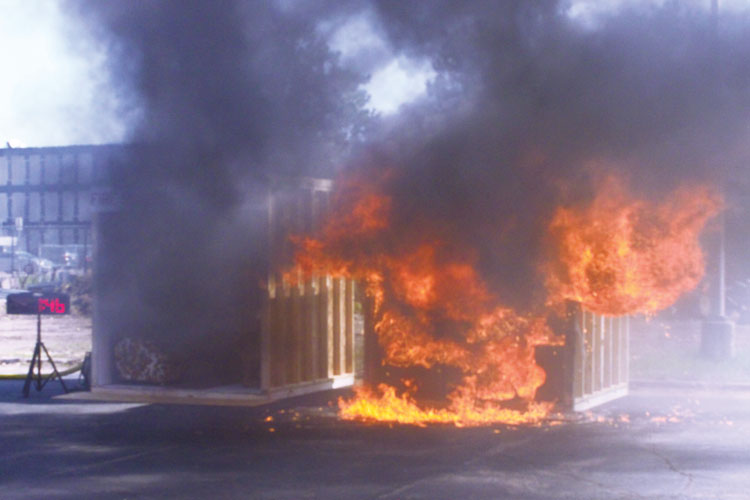 On Tuesday afternoon, UW-Eau Claire organized a fire safety demonstration with the hopes of educating people on how fire sprinkler systems can control fires, while also saving lives and property.

The event, hosted by the Eau Claire Fire Department and the Home Sprinkler Coalition, demonstrated how the sprinklers in residence halls and homes worked in the event of a fire.

There was a turnout of about 40 people, including students and staff of the campus as well as community members.

Bob Kleinheinz, Illinois regional manager for the National Fire Sprinkler Association,  informed the public on why fire sprinkler systems can help put out fires effectively and save lives.

“Without sprinklers, damaged houses may take long to be reconstructed,” he said. “With the sprinkler system, it may only take a week before you can move back into your home.”

He continued by saying the only things you would have to deal with are damaged belongings and water damage in the home.

“As demonstrated, once the fire starts in an unprotected room,”  he said,  “it may spread fast enough making escaping from the scene almost impossible.”

The Home Sprinkler Coalition funded the presentation with a stipend of $1,000 to cover the costs of the model rooms and timer.

City councilman and former firefighter Mark Olson was also present at the demo.

“The demo really shows the effects the sprinklers have and shows the amount of water damage caused,” Olson said. “The sprinkler systems really do help extinguish fires.”