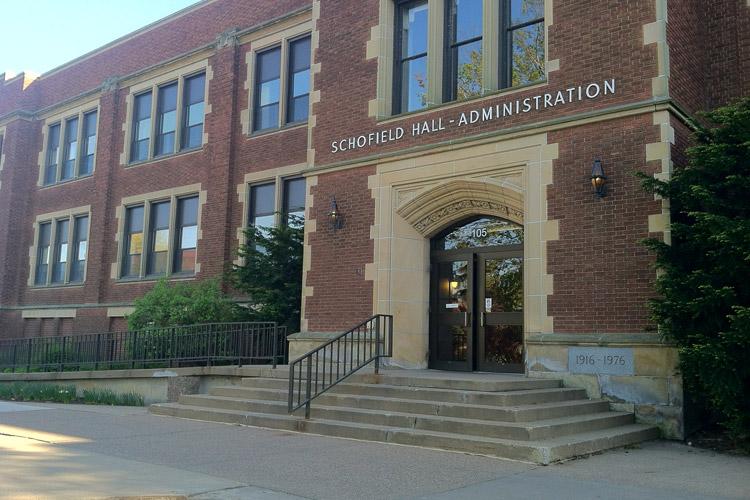 University Police locked down Schofield Hall Friday afternoon in response to a threat of violence. Police Chief David Sprick said they took precautions to clear people from the building and then conducted a security patrol. After the patrol, they found no evidence of a threat, Sprick said.

Sprick said the whole operation took about an hour and a half. That didn’t include evacuation of the building, as people who would be in Schofield at the time were notified prior to Friday that they would need to leave the building early.

A Schofield employee said they were first notified on Friday morning about the potential threat. However, they were also told at that time that their department had been notified a week in advance.

Sprick said they had received notification of the threat on March 29. However, they didn’t feel it was serious enough to evacuate or lock down buildings other than Schofield.

University police considered notifying the entire campus community, but they deemed it unnecessary because the threat was “confined to a specific location that did not involve the rest of the campus,” Sprick said.

“We feel that we’ve taken appropriate measures to address the threatening information,” he said.

The matter is still under police investigation. There are no suspects at this time.

However, several Schofield employees, who have all asked to remain anonymous, said that it was indicated that the threats were directed toward the chancellor.

Chancellor Brian Levin-Stankevich was seen with a bodyguard at the Schofield Auditorium rededication ceremony Monday. Sprick neither confirmed nor denied that the two events were related.

The Spectator has tried to contact Mike Rindo, UW-Eau Claire’s communications director, to get a comment from the university, but he referred the staff to Sprick.