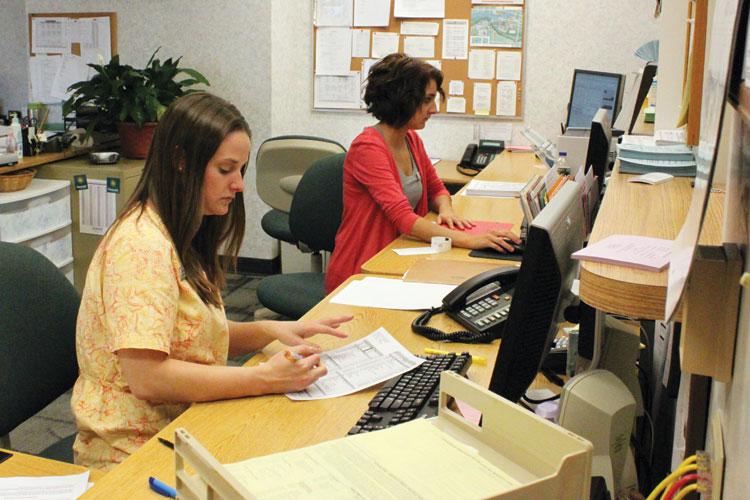 Carlisle said one of the options university officials are looking into is forming a partnership with a health care provider from the area. However, he said there is still a wide range options being considered to best meet student’s needs.

“Maybe what we have is it, maybe we need to look at ways to enhance what we currently have,” Carlisle said. “I think a big question is, what do students want?”

On one end of the spectrum, Carlisle said, SHS could ultimately end up staying exactly like it is. But he said on the other end, health services could end up becoming fully operated by an outside health care provider.

Another option would be having Student Health Services currently continue operating as is while having an outside source provide evening and weekend urgent care, he said.

“The first question is, if we want a partnership, is anyone interested in it,” Carlisle said. “And, if you are interested in it, what are some proposals you could give that would be creative ways to work together.”

Five health care providers from the area submitted proposals, but Carlisle declined to release their names or get into specifics about what each one offered.

Carlisle did, however, mention that SHS was one of the providers that submitted a proposal, which he felt was important.

“We wanted to make sure that they were given the opportunity to respond in the way that any other health care provider would,” he said.

A timeframe for when a decision will be made is still uncertain at this point, Carlisle said. Originally, the chancellor, vice chancellor for student affairs and the budget and finance offices were included in discussions, he said. But more recently, the executive officers of student senate have become involved after the RFIs were received.

Carlisle said the process really began about two years ago after the university received a recommendation from the Program to Evaluate and Enhance Quality team to look further into student services, among other things.

At the time, UW-Eau Claire was spending a far greater portion of its budget than its peers on similar services, according to the report. After reviewing all recommendations from the PEEQ report, Chancellor Brian Levin-Stankevich released a written response in December 2009 that included a suggestion to investigate the matter further.

In his suggestions, Levin-Stankevich wrote that by Spring 2010 he wanted to form a, “campus-community task force to complete a comprehensive comparative analysis of how best to integrate, structure, fund and deliver student health services and counseling services.”

Carlisle said to continue looking into the matter he has asked Student Body President Phil Rynish to form a student senate student health services partnership work group, which he hopes will be in place by next fall.

Once the group is intact, he said he foresees open forums and educational forums being organized on campus to get feedback from the student body.

“I would like to see that work group created who will then do detailed investigative questioning and answering about ways in which we need to contemplate or not contemplate moving forward,” Carlisle said.

He said it is hard to predict when a final decision will be made, but guessed it would likely be at least a year from now before anything could change, if it does at all.

“I would like to see the decision that maximizes opportunity and benefit for students,” he said. “That’s my number one goal.”