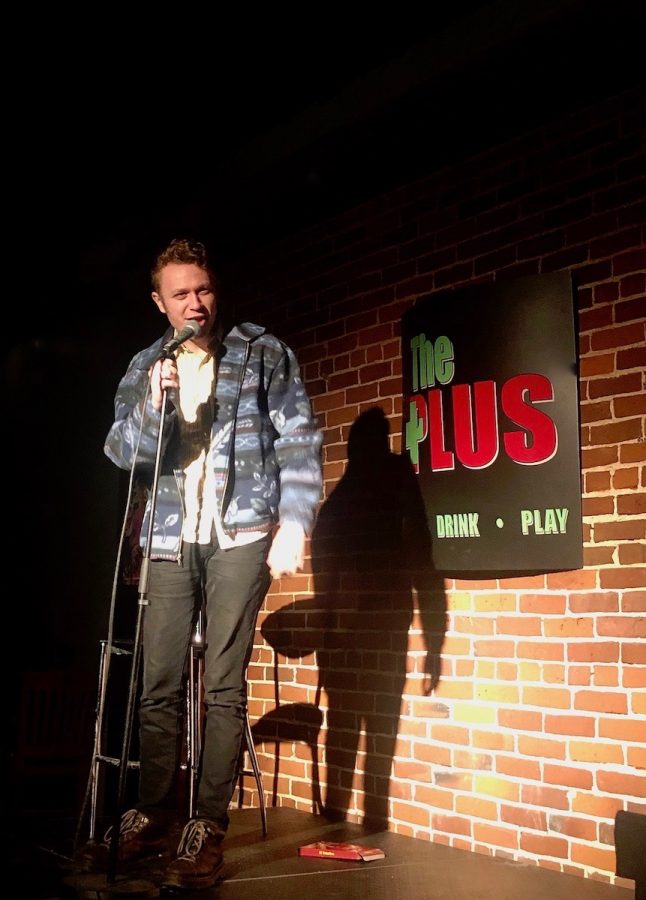 Jack Ross performs on Valentine’s Day at The Plus during their “Tales of Love & Loss & Other Stuff” event featuring local comics.

This article also appears on blugoldmedia.org.

The Eau Claire music scene is so present in the community that there are multiple festivals and events to commemorate different aspects of it. However, another performanced-based art form has, in recent years, become prevalent in the Chippewa Valley: the local comedy scene.

The Eau Claire comedy scene has blown up since Clear Water Comedy, a group of local comedians, formed in 2012. Co-founder Cullen Ryan helped create the group after he moved to Eau Claire from Minneapolis that year and he noticed a lack of comics performing at The Plus’ open mic nights.

Knowing this, he went to The Plus’ weekly open mic night to perform a comedy set. From there, more comedians started showing up each week.

From there, the group of local comedians has expanded significantly. The Plus and Clear Water Comedy host a weekly comedy show featuring local and out-of-town comics.